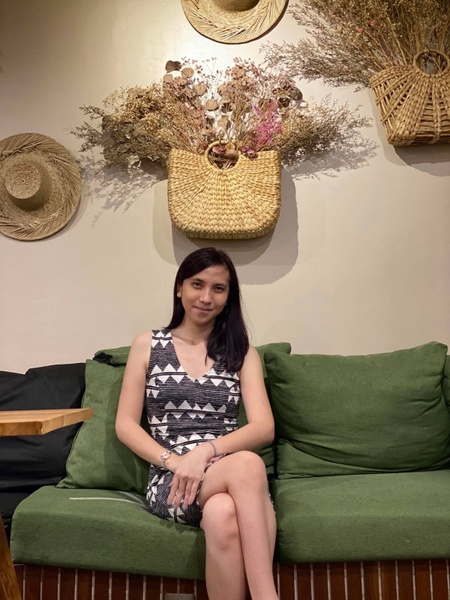 Stephanie Kevin Halim graduated from the University of Aberdeen in 2018 with an MSc in Sex, Gender and Violence (Sociology). In this blog Stephanie gives an insight into a recent research report she worked on, which explored the experience of conversion therapy on transgender and gender diverse people in Indonesia.

Recently I had the chance to help write a research report for a transgender group in Indonesia. The report is about the experience of conversion therapy for trans and gender diverse people. Conversion therapy towards trans community has been practiced for a long time. While there is a strong movement now to tackle such practice, many parts in the world are still practicing this harmful intervention. In the more developed countries, the therapy, perhaps, was done through medical interventions. However, in the part of the world where religion plays a dominant role within the society, religious conversion therapy is often done to stop trans people from taking steps in transitioning.Indonesia is a country with more than 200. Million inhabitants. Considered as the most populous Muslim country in the world, religion is a strong value for people. Family is also defined traditionally between heterosexual couple and gender identity is defined by the sex at birth. While conversion therapy might target trans people, it is the observable signs of deviation from the heteronormative and cis-normative idea that might be the determinant when people get forced to undergo the conversion therapy (whether for the perceived homosexuality due to the being seen with same-sex partner or effeminate gesture for transgender women or hyper-masculine behaviour for transgender men).The idea of conversion therapy came from the assumption that people are inherently born with the gender identity aligned with their sex. Those who identify different from the “given gender” are considered lost or tempted by the sins. Therefore, praying and holy verses from the religious scripture is the cure to rectify their damaged gender identity and return them from being lost. The assumptions also consist the idea that people have souls, therefore, apart from praying, water also used to “cleanse the soul” from the evil temptation.

Interestingly, while free will and choice is the value held by people in the liberal country, trans people in Indonesia tackle the conversion therapy with the argument that being trans is a given condition. With the concept of “born in the wrong body”, many trans survivors admitted that the concept of given gender is easily understood by their parents after the therapy, that there’s nothing to change or fix.

The experience in Indonesia also showed that, with the idea that trans people are the more damaged version of homosexuality, religious conversion therapy became the dominant method for family with trans children to stop their own child to take the transitional steps. For some, it’s okay to have a gay or lesbian daughter because it’s “not so obvious” rather than having a trans child. As it is much related to the religion, for those with Muslim faith, practices like ruqyah are done to the trans people, and those with Christian faith know the similar practice as pastoral counselling. Either the effeminate behaviour or the perceived same-sex relationship by the family, the factor that triggers family to bring their children to the religious leaders “to be converted back” also fuelled by the shame culture.

Discrimination and prejudice are rampant for transgender people in Indonesia. Unfortunately, home where it’s supposed to be a safe place for everyone to be themselves, is not the sanctuary for most trans people. The negative parental attitude due to the belief that trans people could only do sex work in Indonesia hindered the effort for trans child to convince their family to support them. Therefore, promoting parental acceptance is pivotal for trans people. Specially to prevent the conversion therapy that could cause irreparable damage.

Parent or family acceptance becomes a very important factor that can give protection for trans people. With the acceptance, not only trans people can feel safe, the opportunity for trans people to have access to develop and fulfil their potential becomes better. With parental acceptance, it would give modalities for the children to have a secure and healthier self-esteem, therefore, it would support to their growth. Eventually, it would help them to grow financially independent.

Rejection and effort to convert them to the assigned sex at birth would only damage the self-esteem and ruin the chance for trans people to thrive. While it’s not the only solution, but it is a big factor and worth to try rather than giving the children traumatic wound.

In a country, where family is the centre of the development and the system like in Indonesia, it would be devastating when someone being rejected by their family. In Indonesia where jobs, school prestige, and social status are inherited by the family and the administrative system that require the proof of having or coming from a family, rejection and exclusion could be fatal. By giving support and the acceptance, it could help trans people to not only survive, but also thrive.

InForm Now allows you to give us feedback on anything quickly and easily. Let us know how we can improve our service.

The Equality, Diversity and Inclusion Webpage provides students with resources and contacts on equality, diversity and inclusion.

The Support and Wellbeing webpage provides a wide range of information on support services.