He is a Professor in Electrical and Electronic Engineering at the School of Engineering at the University of Aberdeen, his research is in Internet Engineering. He has published more than 200 papers on topics in broadband and broadcast satellite, TV/video transmission, IPv6, IP multicast, X.25, together with work on Internet measurement, protocol architecture and Internet transport mechanisms.

He is an active member of the Internet Engineering Task Force (IETF) where he chairs the Transport Area working group (TSVWG) and contributes to the IETF Internet area. He previously chaired the IPDVB and DCCP working groups. He has authored more than 25 RFCs with over 150 citations within the RFC-series, and currently works on standards in the TSVWG, TAPS, and TCPM working groups, as well as contributing to groups including: QUIC, PANRG, and MAPRG. In previous years, he contributed to ETSI standardisation and the DVB Project, working on encapsulation and Higher Layer protocols for DVB-RCS2. He was a co-leader of the Future Internet working group in the EC ISI European Technology Platform, and a partner in European research projects funded by the EU, ESA and industry.

He contribute to the School’s General Engineering programme of research-led teaching, and is the Academic Line Manager (ALM) for EEE staff. He coordinates the research across EEE staff.

My current research interests focus on : 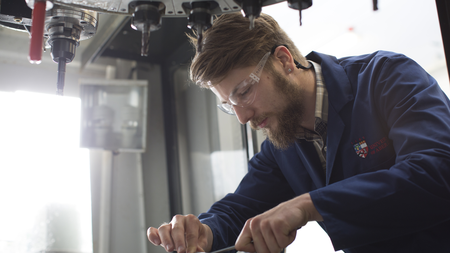 I perform my research within the Electronics Group (ERG) in the School of Engineering at theUniversity of Aberdeen (UoA) is a part of the Electrical and Electronics Engineering Research Group. My research has favoured a blend of simulation/measurement and protocol design.

I have worked for many years with IPv4 and IPv6, especially over challenging links with research in the development of new protocols, implementation of link-specific enhancements, testing and assessment of network performance.

Current work includes IP transport protocols for QUIC,  Internet Television (IPTV), TCP evolution, the use of ECN, use of DiffSev, and the support transport and services. Research includes implementation (in Linux/BSD), large-scale measurement and satellite services. This work is linked to standardisation in the IETF.

I have a long-running activity in multicast deployment (IPv4 and IPv6), working with projects on routing and multicast transport.

Work in satellite communications has a focus on the IP interface, with work on the GSE specification, IPv6 over satellite, transport protocol optimisation and DVB-RCS systems. and contributing to specifications published by the Digital Video Broadcast (DVB) Project. I currently am evaluating QUIC over satellite.

Since 2004, my research group has been a member of the prestigious European SatNEx Network of Excellence, which brings together 22 leading European research establishments in the satellite communications field, and within this, he leads the work on Standardisation.

ERG participates as an experimenter and contributor in the MONROE measurement platform.

I have supervised over 50 student honours projects, including co-supervision of projects with Computer Science and a number of placements from overseas universities (Socrates/Erasmus).  I currently teach two undergraduate courses:

I have been an invited speaker at many professional and research meetings on TCP/IP, broadband standards, and the future evolution of the transport service for the Internet.

I am part of the team delivering the annual professional Satellite Communications Course by the IET at Savoy Place, London.