Spanish & Latin American Studies and Theology & Religion at Aberdeen adds to your highly-developed language and cultural skills in a major European language with a fascinating exploration of the origin, function, and meaning of religion. You will study and compare the major religions across the world, with a special focus on Christian faith in historic and contemporary contexts. You will graduate with language and highly-developed academic skills applicable in many roles here and overseas. 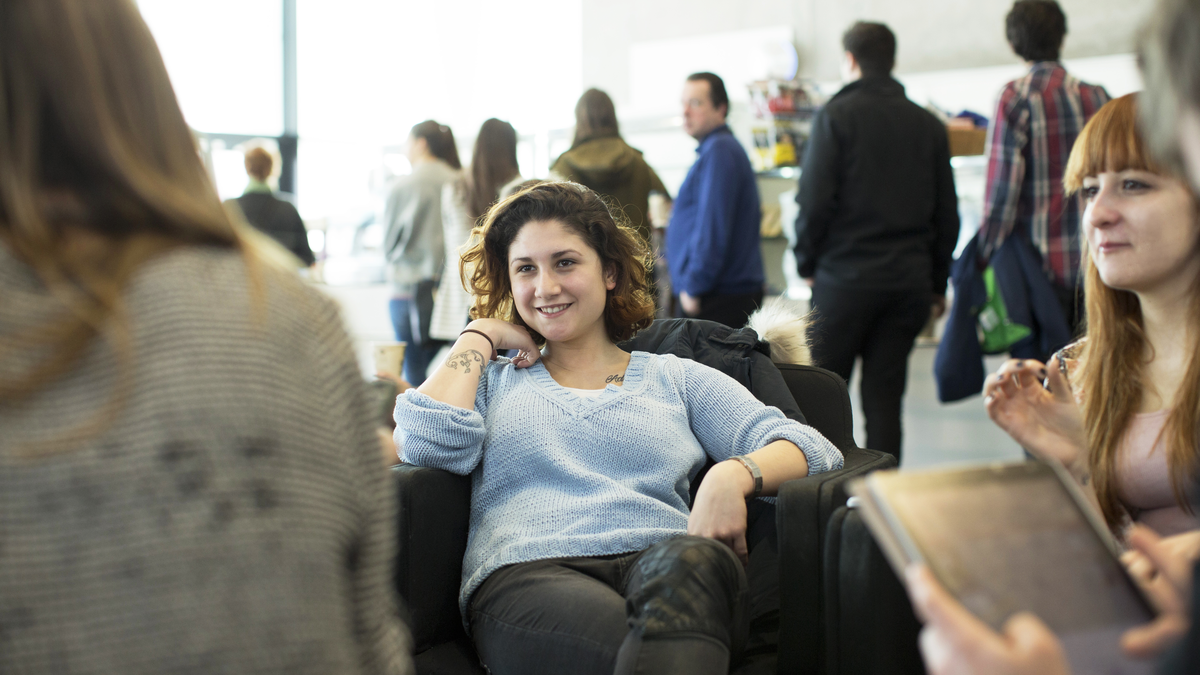 Spanish & Latin American Studies has an outstanding reputation, with the highest possible rating of ‘Excellent’ in the last national Teaching Quality Assessment.

Aberdeen is one of the most dynamic places to study the Spanish language and the cultural frameworks in countries where it is spoken. We will equip you with the skills to communicate in a global language, spoken by 350 million native Spanish speakers in 19 Latin American states, the Spanish Peninsula and increasingly in the US.

As an integral part of your 4-year programme, you will spend half of year three developing your language skills as a teaching assistant or visiting student in a Spanish-speaking country.

You will also study historical, anthropological, literary and cultural texts, films and visual culture of Spain and Latin American countries.

In Theology & Religious Studies, you will gain a sound understanding of the major religious traditions of the world, including their historical development and contemporary importance, with a special focus on Christian faith, life and doctrine in its historical, institutional and contemporary context.

You will study biblical languages, the history of the church in the west, the Reformation in Scotland, the role of religion in ethical and political debates and religious aspects of disability.

As a graduate, you will be highly employable in a wide range of roles including church ministry and administration, media and journalism, public service, charities, NGO and international affairs, business, publishing and education.

This compulsory evaluation is designed to find out if your academic writing is of a sufficient standard to enable you to succeed at university and, if you need it, to provide support to improve. It is completed on-line via MyAberdeen with clear instructions to guide you through it. If you pass the evaluation at the first assessment it will not take much of your time. If you do not, you will be provided with resources to help you improve. This evaluation does not carry credits but if you do not complete it this will be recorded on your degree transcript.

Detailed course information
Getting Started at the University of Aberdeen (PD1002)

This course, which is prescribed for level 1 undergraduate students (and articulating students who are in their first year at the University), is studied entirely online, takes approximately 5-6 hours to complete and can be taken in one sitting, or spread across a number of weeks.

Topics include orientation overview, equality and diversity, health, safety and cyber security and how to make the most of your time at university in relation to careers and employability.

Successful completion of this course will be recorded on your Enhanced Transcript as ‘Achieved’.

Select ONE of the following options:

All options will also select:

Also, select at least 60 credit points from level 1 courses in Divinity, or the following approved courses:

This is a fast-paced language course for students with some previous knowledge of Spanish who have been allocated onto this course by our diagnostic test. It is aimed at students intending to pursue an honours (single or joint) degree in Spanish and Latin American Studies but is also suitable for students on other degree programmes.

This course follows Spanish Language 2 or can be taken by students who have the required level of Spanish as determined by the diagnostic test (see below).

This course will introduce students to Latin American history, culture and society from the pre-Hispanic period to the present through a selection of archaeology, historical and contemporary writings, visual culture and music. All texts studied will be available in English translation.

Latin 1 is an introductory, intensive course for those with little or no previous exposure to Latin. Students completing this course should have a Latin vocabulary of about 400 words and a basic understanding of Latin grammar and syntax. Students successfully completing this course will be adequately prepared to attend Latin 2. Students will very likely discover that their knowledge of English vocabulary and grammar/syntax is improved by their study of Latin. The etymological roots of many English words can be traced to the Latin language.

Latin 2 picks up where Latin 1 finished in first term. By the end of this course students should have a more or less comprehensive understanding of Latin syntax and grammar, a Latin vocabulary of 700-800 words, and should be capable of translating simple Latin texts into idiomatic English. Students will very likely discover that their knowledge of English vocabulary and grammar/syntax is improved by their study of Latin.

This course aims to prepare intending Honours students of Spanish and Latin American Studies for their compulsory period abroad in a Spanish-speaking country.

The course will develop further Spanish language skills, both receptive and productive. Classes on grammatical and linguistic analysis will contribute to the development of both sets of skills. In addition students will complete a structured self learning programme of audio-visual study and grammatical reinforcement study.

This course uses texts, which can include plays, films, novels, music, letters and an etiquette guide, to understand issues, concerns and themes in Latin American history. The course is organised chronologically and each week classes focus on texts from a particular country as a means to discuss bigger questions, such as how to make a new nation after three hundred years of colonial rule and a decade of warfare, how to demonstrate your honourability in an anonymous city and what cultural models are the best source of inspiration. The course also focuses on 'context' shared throughout Latin America.

This is a core prescribed course open only to Junior Honours Spanish and Latin American Studies students and a selected range of other programmes at the appropriate level. This course aims to enable you to identify and use, accurately, fluently, and with an appropriate level of sophistication, a range of vocabulary and linguistic registers at advanced level.

This is the final Spanish language course within the degree that will provide students with advanced comprehension and writing skills in general and specialised registers.

Select ONE of the following dissertation options:

This year-long course unit combines dissertation research with research methods training. The dissertation is a piece of extended independent research (8,000-10,000 words long), structured as a critical evaluation, analysis or argument, about a topic germane to Spanish and Latin American Studies. The topic is chosen by the student, in conjunction with the dissertation coordinator and an individual Departmental supervisor, both of whom approve the topic. Students are encouraged to design their topic building on their previous studies, especially honours courses. The dissertation offers a chance for students to carry out in-depth independent study in Spanish and Latin American Studies, and to acquire and develop valuable research skills. The course begins, in the first half session, with workshops on diverse research methods and the creation of peer support groups. The second half session includes structured meetings with the dissertation supervisor and meetings with the peer support group, as well as independent research and writing.

This course involves the writing of a dissertation in one of the sub-disciplines in Divinity and Religious Studies. Independent Research work is done under the supervision of a member of staff. The dissertation is an extended essay, of no more than 10,000 words inclusive of references. Please note the 10,000 words does not include the bibliography

This course involves the writing of a dissertation in one of the sub-disciplines in Divinity and Religious Studies. Independent Research work is done under the supervision of a member of staff. The dissertation is an extended essay, of no more than 10,000 words inclusive of references. Please note the 10,000 words does not include the bibliography

We will endeavour to make all course options available; however, these may be subject to timetabling and other constraints. Please see our InfoHub pages for further information.

Students are assessed by any combination of three assessment methods:

The exact mix of these methods differs between subject areas, years of study and individual courses.

Honours projects are typically assessed on the basis of a written dissertation.

The information below is provided as a guide only and does not guarantee entry to the University of Aberdeen.

Applicants who have achieved AABB (or better), are encouraged to apply and will be considered. Good performance in additional Highers/ Advanced Highers may be required.

Applicants who have achieved BBB (or are on course to achieve this by the end of S5) are encouraged to apply and will be considered. Good performance in additional Highers/Advanced Highers will normally be required.

Applicants who have achieved BB, and who meet one of the widening participation criteria are encouraged to apply and will be considered. Good performance in additional Highers/Advanced Highers will be required.

Advanced entry to this degree may be possible from some HNC/HND qualifications, please see www.abdn.ac.uk/study/articulation for more details.

Applicants who have achieved AABB (or better), are encouraged to apply and will be considered. Good performance in additional Highers/ Advanced Highers may be required.

Applicants who have achieved BBB (or are on course to achieve this by the end of S5) are encouraged to apply and will be considered. Good performance in additional Highers/Advanced Highers will normally be required.

Applicants who achieve BB over S4 and S5 and who meet one of the widening access criteria are guaranteed a conditional offer. Good performance in additional Highers/Advanced Highers will be required.

Advanced entry to this degree may be possible from some HNC/HND qualifications, please see www.abdn.ac.uk/study/articulation for more details.

To study for an Undergraduate degree at the University of Aberdeen it is essential that you can speak, understand, read, and write English fluently. The minimum requirements for this degree are as follows:

You will be classified as one of the fee categories below.

Students from England, Wales and Northern Ireland, who pay tuition fees may be eligible for specific scholarships allowing them to receive additional funding. These are designed to provide assistance to help students support themselves during their time at Aberdeen.

We provide funding to students starting in 2021/22 on degrees with a compulsory period abroad at the same level as the Turing funding. This financial support can be used towards rent in your new city overseas, general living costs, or travelling to see more of your new home country. Students going abroad will continue to pay their normal rate of tuition fees with no increased charges or need to change tuition fee arrangements to the host university. For a full overview of how the tuition fees work, you can check this helpful funding table on our website.

There are many opportunities at the University of Aberdeen to develop your knowledge, gain experience and build a competitive set of skills to enhance your employability. This is essential for your future career success. The Careers and Employability Service can help you to plan your career and support your choices throughout your time with us, from first to final year – and beyond.

You will be taught by a range of experts including professors, lecturers, teaching fellows and postgraduate tutors. Staff changes will occur from time to time; please see our InfoHub pages for further information.

Discover Uni draws together comparable information in areas students have identified as important in making decisions about what and where to study. You can compare these and other data for different degree programmes in which you are interested.