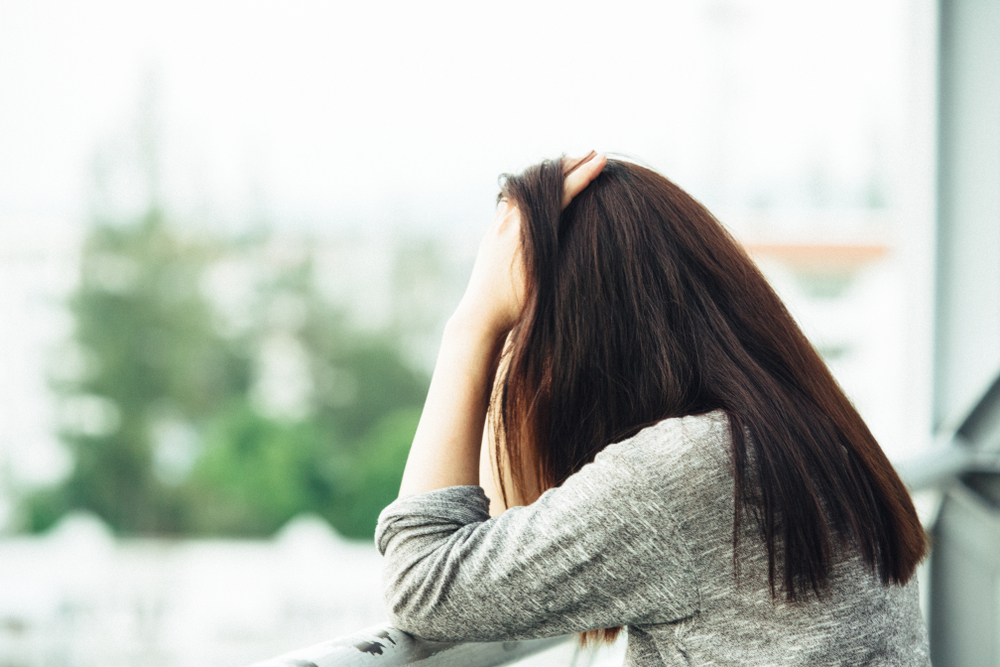 Talking about mental health isn’t always the easiest thing to do. Tapping into your own thoughts is scary enough, let alone trying to discuss it with anyone else. It’s like letting your guard down and allowing someone to know what you’re thinking and feeling, and if they’re not good thoughts or feelings, they’re hard to share.

Today, I’m going to share my experiences with mental health, how I overcame them and how I still struggle from time to time. But most importantly I want you, as the reader, to know that if you are currently struggling, you are not alone.

At a certain point in my childhood I started becoming a lot more aware of my body. But this only happened after continuously feeling pressured by my peers to change. They would comment on my appearance, and they were things you wouldn’t take lightly either. Thinking about it now, what they did and said was bullying. Luckily I didn’t take much notice of them because my parents taught me to be strong willed and to ignore ill-mannered comments. But it’s not easy for everyone to do that. Negative comments can destroy a person’s mind. It can make them feel worthless, disappointing and mentally unstable, where eventually their mental and perhaps physical health too are put at risk. It isn’t easy for people to openly express what is going on inside their mind. Mental health issues are so over stigmatized that people are afraid to let others know they are struggling. This is why it is important to talk about and support mental health.

For me, these comments destroyed me. They dropped my self-confidence and self-esteem to such a level that I wanted to change my appearance. So I did. The summer of 2016, one year after moving to Thailand, I told myself I was going to eat healthy and exercise; the standard routine most people use to get “in shape”. Initially I didn’t intend on not eating, it just sort of happened. First I cut carbs, then I cut breakfast and in the end I was only eating one meal a day, along with at least one hour of daily high intensity exercise. The weight dropped off me so quickly, to an unhealthy amount that I was categorically classified as “anorexic”. I didn’t understand at the time, why it was bad to lose so much weight, because to me it was an achievement. I was skinnier than ever which also meant I thought I had completely gotten rid of the possibility for anyone else to make damaging comments. What I didn’t realise is I was setting myself up for years of battling against my own mind, struggling with ill health and potentially risking my chance of having a family in the future.

After a short while I realised that my body was not okay. I started having numerous fainting episodes after running, including one seizure. I was constantly cold (to the point where I would shiver) and always felt tired. Yeah I was cold in Thailand… strange? Not really, my body was stuck in “starvation mode”, and honestly even though I was skinny, I wasn’t happy, because a part of me knew I was damaging my body.

The next three years consisted of numerous ups and downs. It was hard because even though I did want to get better, my mind wasn’t completely okay with going through the changes my body needed to in order to become healthy; a.k.a gaining weight. The beginning was the worst because I was forced to eat so much food (like 3,500 calories a day!) that I didn’t want to, even though I was starving and my body needed it. When I first noticed my body changing I was terrified. I was afraid of going back to that place where I felt worthless, and ugly all because my body wasn’t thin enough. In other words, I had been sucked into a vicious cycle that was making me frightened to do normal things a person does to stay alive; like eat. It’s strange how people can be so mean, and not even realise the damage they’re doing to other people. Social media is a huge influence on this; everyone knows it’s so much easier to be mean over text than it is to someone’s face. The amount of damage social media has done to the human race is outrageous.

Overtime it got easier, I became more accepting that my body was changing. I wouldn’t have been able to recover so quickly if I hadn't had supportive parents and a couple of very close friends sticking with me through it all. It generally takes three to seven years for the average person to recover and I managed it in just 33 months (just under three years). In saying that it is completely dependent on the person as to how long they recover, everyone is different so if you are taking or have taken longer than 3 years, keep going you’re nearly there! Even though I hated my support group at times for pushing me, I needed that in order to move outside my comfort zone and onto the path of recovery. I know how hard it is to accept the idea that you need help. I am a very strong-willed, independent person who hates relying on others for help, so for me this was especially difficult.

And know that if you are struggling to admit you need help, you are not alone. I’d say from experience the first stage of recovering is admitting you have a problem and need help, and I think this goes for most mental health issues. Anorexia is a form of addiction: the addiction of being skinny. Addictions are so hard to overcome because they become habitual. So for me not eating became a habit I struggled to get out of. I also know what it feels like to want to change but not know how, I think lots of people struggle with this. They don’t know where to start or who to turn to.

I had to change my habits. You see I didn’t realise this at the time but looking back on it I struggled to change the things I was doing because I had made not eating carbs, and not eating junk food and restricting myself from feeling full a habit! Humans like routines, they make life easy. But for me and many other recoverers, it greatly hinders the process.

Once I moved to university, my whole routine changed and it made it so easy for me to create a new routine which included healthy eating habits. Also, to celebrate my recovery I got a tattoo of the National Eating Disorder Association to remind myself of the pain I went through and the achievement I had made by overcoming it all. All in all, even though I say “I am a recovered anorexic” there are times when I still don’t feel okay. Sometimes I get insecure about my body, or feel guilty after eating something, or hate myself for taking a couple of days off exercise. But my mind is usually strong enough to tell myself to stop, and remember that it’s okay to take a break and treat yourself once in a while. Everyone is unique and these details are specific to my personal experiences. Other people will have their own story to tell. However, If this is you as well, remember being hard on yourself for not being perfect all the time will only bring you down mentally. Instead, be kind to yourself.

As Nazanin said “I think we become stronger when we break. It’s like we put our broken parts together and become a whole new person. A stronger and wiser person. I think you can always find something beautiful in broken things”.

It doesn’t matter what broke you, there are so many ways you can piece yourself back together and you don’t have to do it alone either.

If you are struggling with any kind of mental health issues here are some things you can do:

Here are some useful links: