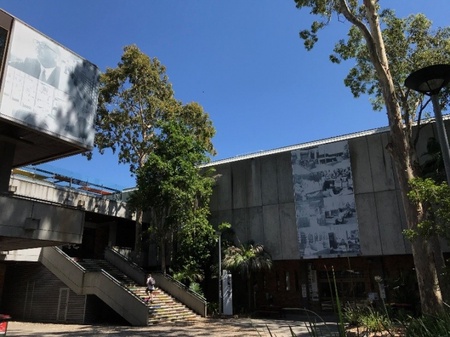 This is my first trip to Australia and after twenty-two hours travelling and three flights, I finally arrived in Sydney. It was then a two and half hour drive, north, to Newcastle.

The week at the University of Newcastle, New South Wales, was spent meeting researchers interested in signaling, extracellular vesicles and cancer and discussing possible collaborative work in the future. At the end of the week I gave a research talk on our work on the androgen receptor, illustrating how fundamental discoveries can be translated into new clinical opportunities. The talk was well received and generated a lot of questions and follow-up discussions.

The androgen receptor is the gate-keeper for the actions of the hormone testosterone and too much or too little of this steroid is not good for health. Although testosterone is often thought of as the ‘male hormone’ the receptor is found widely in the body of both men and women: the difference is men on average have seven times as much testosterone.

It is almost 250 years since James Cook made his voyages in the southern hemisphere and landed on the shores of what would become the state of New South Wales: Cook was followed by Captain Arthur Philips and the grandly named ‘First Fleet’ left Portsmouth in 1787. Interestingly, but admittedly unrelated, a hundred years later in 1889, the American physiologist Charles Edward Brown-Séquard claimed that extracts of dogs testes had rejuvenating properties. With an n=1 (i.e. himself) his findings were published in the Lancet medical journal! While the benefits experienced by Brown- Séquard can be explained as a placebo effect, the testes do contain a powerful hormone, testosterone, that was first purified by the German biochemist Adolf Butenandt in 1935 and synthetically made by the chemist Leopold Ružička. Both men received the Nobel Prize in chemistry for their work. The first half of the 20th century was an exciting period in the identification, purification and synthesis of steroid hormones - steps that were crucial to subsequent investigations of their actions. The start of the 20th century was also momentous for Australia with the formation of the Commonwealth of Australia and the birth of an independent nation on 1st January 1901.

I now have a few days to explore and enjoy Sydney before the long flight home. Did I mention it is coming into summer here, which means sunny and warm? Looking at my weather app, I see it’s 7 oC and raining in Aberdeen ….. I’d better top up my vitamin D while I can, another important signaling molecule related to steroid hormones.