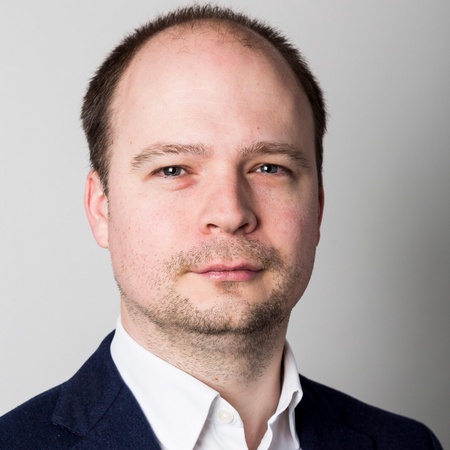 University of Aberdeen graduate Jon Elliott, Director, Government Affairs and Policy at AstraZeneca has been awarded an MBE in The Queen's Birthday Honours List 2021.

The award has been granted in recognition of outstanding achievements in UK life sciences, manufacturing and supporting the UK and Global response to the pandemic.

Jon graduated from the University in 2006 with a degree in Marine Biology and has held senior positions in Government including Senior Strategy Adviser for the Department of Health and Social Care and Head of Science Advice and Leadership in the Government Office for Science before joining AstraZeneca in 2019.

The Queen’s Birthday Honours Lists recognise the achievements and service of people across the UK, from all walks of life and are awarded as part of the Queen's Official Birthday celebrations during the month of June.

One of eight AstraZenaca employees to receive the award, AstraZeneca Executive Vice-President, BioPharmaceuticals R&D, Sir Mene Pangalos, said: “I’m delighted that eight of my colleagues have been awarded these special honours by Her Majesty. Equally, I’m incredibly proud of all 81,000+ AstraZeneca employees globally for the role they have played in responding to this pandemic. Many have worked around the clock in the past 12 months and have put their lives on hold to commit to a bigger humanitarian cause, positively impacting the lives of hundreds of millions of people across the globe.”

Professor George Boyne Principal and Vice-Chancellor of the University of Aberdeen said: “On behalf of the University of Aberdeen, I am absolutely delighted with this recognition of Jon’s contribution to science in what has been an extremely challenging year. Jon’s success provides exactly the scientific creativity and inspiration we need as we develop the next generation of scientists to tackle the many challenges that still lie ahead.”

Jon said of the award: “I’m delighted to receive this honour alongside my committed colleagues at AstraZeneca and am proud to work at a purpose-led company. The past 12 months plus have demonstrated the importance of collaboration between industry, Government, academia and regulators in delivering an urgent response to this pandemic and ensuring medicines supply and life science research are maintained.

“My degree gave me a strong foundation in science which has ultimately supported me throughout my career and I look back on my time at Aberdeen University fondly.”