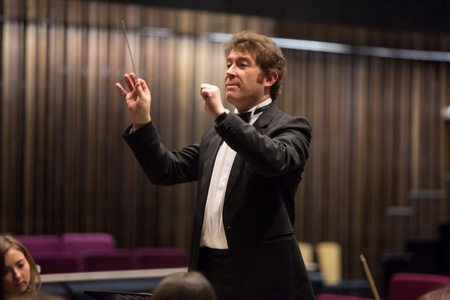 An academic who is due to arrive at the University of Aberdeen as a new Head of School has been appointed as President of the Incorporated Society of Musicians (ISM).

Professor Chris Collins will lead the School of Language, Literature, Music and Visual Culture (LLMVC) from June.  He has been appointed as President of the ISM - the UK’s professional body for musicians - for the period 2020-21.

The main focus of his research is music in early twentieth-century Spain, and he has published widely on the life and music of Manuel de Falla, the composer of The Three-Cornered Hat and Nights in the Gardens of Spain.

Commenting on his appointment as President of the ISM, Professor Collins said: “It is a privilege to take the reins from Dr Jeremy Huw Williams, who has been an outstanding President and whose insights and knowledge will be invaluable to me.

“This is a very difficult time for many people working in music, and I am deeply aware that my Presidency comes at a time when the ISM has never been more important, providing much-needed advice, support and advocacy in tumultuous circumstances.

“I know that the ISM will continue to do everything it can to safeguard the music community which gives so much to the whole of the UK and the wider world.”

"When the time came to appoint a new President last year, I had no hesitation in recommending Professor Chris Collins to be my successor.  I have known Chris for some twenty years and have followed the progress of his career with great pleasure.

“My faith in his ability as a leader was confirmed very recently when he was appointed as Head of School of Language, Literature, Music and Visual Culture at the University of Aberdeen. I am confident that he will be an outstanding President and that the ISM will continue to flourish under his leadership.”