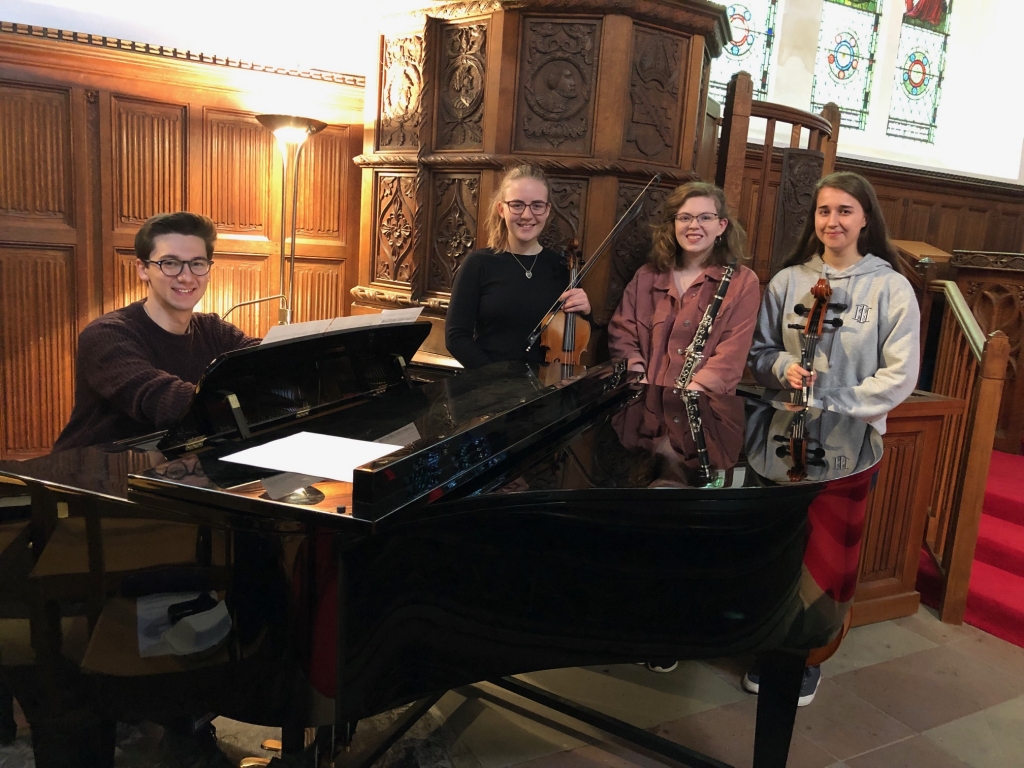 Armistice Day is often associated with silence but at 3pm on Sunday the University of Aberdeen's library will be filled with sound as part of a new act of remembrance.

Students, staff and local musicians at the Sir Duncan Library will join with musicians around the world as part of the #iPlay4Peace initiative.

They will perform a new composition by an Aberdeen student chosen as one of three new works to be performed by a global orchestra coming together in unison to mark the end of the First World War and the ongoing struggle for peace.

#iPlay4Peace is a global initiative to create a new and lasting form of Remembrance. The project is the brainchild of University of Aberdeen senior lecturer Neil McLennan and Scottish fiddler Thoren Ferguson and utilises new online interactive technology supported by Edinburgh Napier University to enable musicians to perform worldwide in real time together, wherever they are based.

It began in 2018, the centenary year of the end of the conflict and this year has been broadened out to encompass three new pieces of music.

Among those whose work has been selected to feature in the initiative is Anthony White, a second year music student from the University of Aberdeen.

His composition, ‘Battling for Peace’, has been chosen together with new pieces by Aberdeen fiddler Paul Anderson and London-based musician and composer Clare Paddi Salters.

A concert at Edinburgh Napier University played by Edinburgh Chamber Orchestra, conducted by Alberto Massimo will anchor the performances, but musicians from as far afield as America to Asia and from Shetland to South Africa will join in online, on Sunday (November 10) at 3pm (4pm CET).

It was an invaluable way not only to meet many talented and like-minded performers, but to come together with people from around the world to use music as a vessel of peace and collaborate in amongst times of struggle" Anthony White

The Sir Duncan Rice Library performance is part of this global collaboration and they will perform Anthony’s work. On Sunday there will also be a performance of Paul Anderson’s ‘Winning the Peace’ in the Chapel as part of the University’s Service of Remembrance by Aberdeen second-year music student and violinist Clara-Jane Maunder.

Anthony said he was delighted that his fellow students had come together to ensure the University takes its place among the global orchestra.

He added: “I was privileged to have been invited to perform in Aberdeen as part of #iPlay4Peace in mid 2018. It quickly became clear to me that this is a remarkable project and I really was keen to get involved. It was an invaluable way not only to meet many talented and like-minded performers, but to come together with people from around the world to use music as a vessel of peace and collaborate in amongst times of struggle.”

“To be given the opportunity of a commission of this kind is a real honour and I’m delighted that my work will be performed across the globe as well as at the anchor concert at Edinburgh Napier University and in our own Library on Armistice Sunday.”

Organiser Mr McLennan said: “Anthony’s work was outstanding and it was clear to the judging panel that as well as being exceptionally talented, he has a deep commitment and understanding of the aims of #iPlay4Peace.”

“It is wonderful that our staff and students, led by Professor Hazel Hutchison, have come together to take time out of their day to reflect on this important occasion and to enable others to share a short period of reflection through the global language of music in performing in the iconic Sir Duncan Rice Library.

“I am also looking forward to hearing his work performed by Edinburgh Chamber Orchestra in Edinburgh as well as by our growing global community of musicians.”