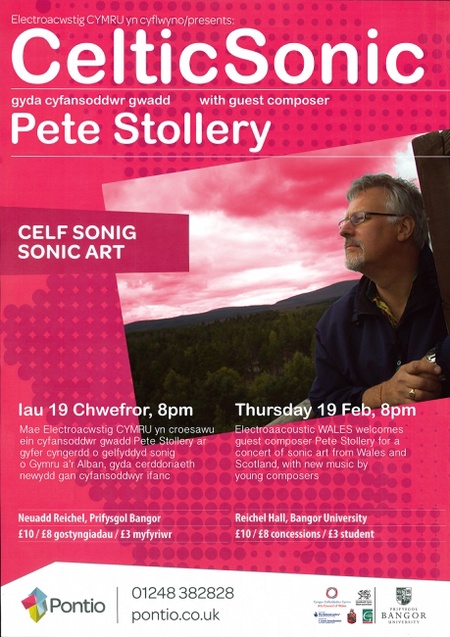 On Thu 19th Feb, Pete Stollery will present CelticSonic at the Reichel Hall, Bangor University in Wales, featuring his pieces Still Voices and Of the Swan, along with Suk-Jun Kims’ Of the Wolf and Painting Nahhamu and Alistair MacDonald’s Scyntilla.

On Wed 25th Feb, in Lower Largo, Fife, Richard Ingham performs the world premiere of Stollery’s From Aberdeen, to the hamlets of the Argentine for alto saxophone and digital sound, commissioned by Richard Ingham to celebrate the 200th anniversary of the birth of Adolph Sax.