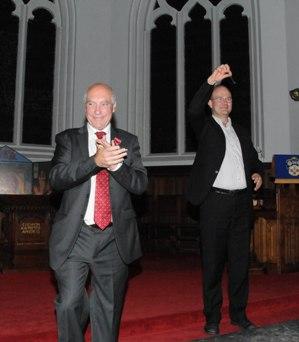 After more than 1,500 weddings, 375 graduation ceremonies and more than 1,000 services, the University of Aberdeen’s Master of Chapel and Ceremonial Music retired on Tuesday August 31.


Roger Williams leaves behind a thriving music department with more than 200 undergraduate students and is credited with keeping music alive at when the department closed in 1990.

Roger gave a farewell organ recital in King’s College Chapel which was given a standing ovation.  Afterwards, he ceremoniously handed over the key to the organ to David Smith, who says:

“after more than thirty years of organising concerts, it is typical of Roger to have organised his own farewell concert!  However, the Music Department is organising a reception to be followed by a concert in celebration of his career on 23 November 2010 at which will be performed a cantata by John Ross which has been edited and arranged by him.”