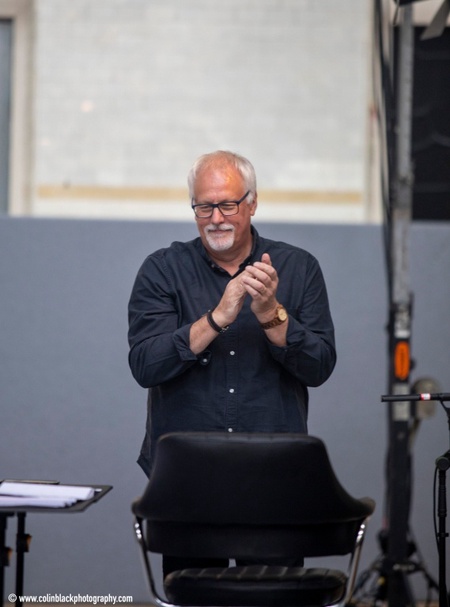 Professor Pete Stollery retired from the University of Aberdeen's department of Music yesterday after more than three decades with the University.

A composer specialising in electroacoustic music he first came to the University when it merged with the Northern College in 2000, where he had been working with students and schoolteachers on aspects of music, technology and composition in the classroom since 1991.

On joining the University community, he was part of the team which resurrected the BMus degree and has been influential in developing other music undergraduate and postgraduate programmes, as well as encouraging interdisciplinary collaboration.

In 2004 he created the sound festival of new music, a showcase for many staff and student composers over the years which has also brought some of the best in new music to north-east Scotland.

Professor Stollery has been a passionate advocate of the cultural role of the University of Aberdeen in the civic community and served on Culture Aberdeen as well as other cultural groups in city.

He says he is delighted to go out on a high with University of Aberdeen Music coming top in the UK for student satisfaction in the National Student Survey (NSS) 2022.

Professor Stollery said: “In the early 2000s it was a fairly dark time for music in universities, with many university music departments being cut, so to have been part of making University of Aberdeen Music the success it is today has been a real honour.

“I have thoroughly enjoyed being able to bring research to students through teaching and particularly enjoyed working with disciplines outside music, including co-supervising a Radiology PhD student, teaching on Geography, Ecology, Psychology and Film courses and getting to know how other researchers work.

Professor Stollery will return to life as a freelance musician in his retirement so his unique sound will still be heard around the north-east.