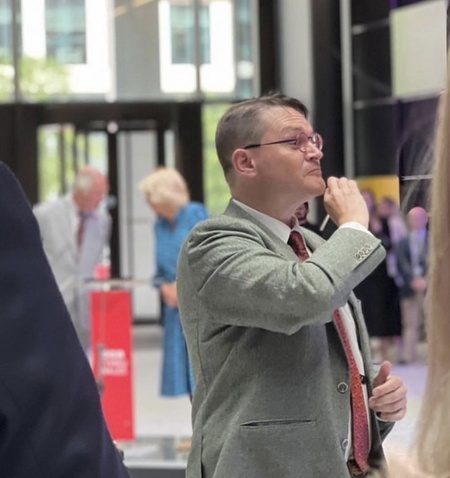 Professor Paul Mealor has completed two major BBC commissions this summer as well as residencies in Washington, Croatia and Kent.

Professor Mealor conducted the BBC National Orchestra of Wales in the world premiere of his new BBC Commission, 'The Call of the Sea' for the Royal Opening of the new BBC Headquarters in Cardiff by TRH The Prince of Wales and The Duchess of Cornwall in July. This was swiftly followed by the broadcast on BBC 1 of his score to the new BBC Docudrama, '54 Hours Below'. The drama and the musical score have received rave reviews and will now be broadcast across the BBC services and in the USA/ Europe/ Canada.

Mealor also attended performances and residencies of his work this summer in Poland, Belgium, Croatia, Washington, Maryland and New York and also conducted at the Edinburgh Festival Fringe for the first time in three sell-out concerts. He is currently preparing a large cantata for choir and orchestra for the USA, four scores for TV docudramas and dramas (for various networks) and his first major film score, as well as preparing for the premiere of his second opera, 'Gelert' this Autumn.