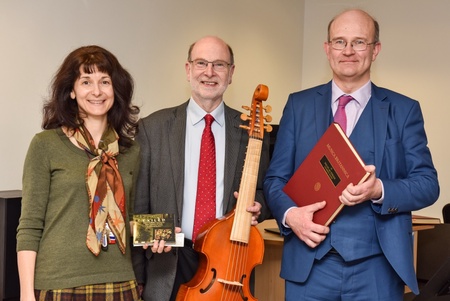 The latest disc on the Vox Regis label was officially launched on 27 November, and is scheduled for release in the UK on Friday 15 December, but the first review is already in!

‘This outstanding disc derives from David Smith’s edition of the consort music of Peter Philips and Richard Dering (2016) for the series Musica Britannica, in which it is number CI.

‘With the Rose Consort listeners know that they will be hearing consummate performances. David Smith is not only the world expert on Philips now, but is also himself a fine harpsichordist. The Choir of King’s College lives up to its illustrious name, with the Canadian soprano Frauke Jürgensen in fine solo voice. The selection of material for this programme is excellent, and judiciously organized. The more familiar music by Philips is its own recommendation, but the disc is worth buying for Dering’s music alone.’