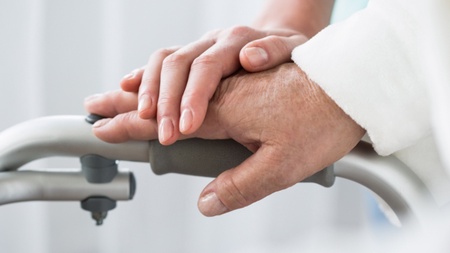 Admissions to geriatric medical wards in the 19 largest hospitals with major emergency departments in Scotland have risen by 10% for three consecutive years, reaching 43,311 by 2017/18, according to a new report.

The Acute Hospital Outcomes Report 2017/18 - an overview of outcomes of acute geriatric medicine services in Scotland published by Scottish Care of Older People National Audit Project - found that length of stay, however, has decreased across all sites by an average of one day over the same time period.

Researchers have cited a range of potential factors which may account for the variation observed, including resources and staffing.

Professor Phyo Myint, Clinical Chair in Medicine of Old Age at the University of Aberdeen and SCoOP Steering Group Co-Chair, said: “The report highlights significant variation in outcomes across the country and provides potential benchmarks for future quality improvement and greater consistency in outcomes.”

The study showed that while admissions rose by around 10% per year for three consecutive years, the number of admissions varied widely across sites, with some areas showing large increases in activity while others are in decline.

There was also large variation between hospitals in the typical length of time patients spent in hospital. In some cases, there were up to 12-fold differences in the length of stay, while hospitals with higher activity levels usually had lower lengths of stay.

There was also a strong relationship between the time waiting to get to a specialist bed and the overall length of time patients spent in hospital suggesting delays in accessing specialist services lead to longer stays in hospital.

The report highlights significant variation in outcomes across the country and provides potential benchmarks for future quality improvement and greater consistency in outcomes." Professor Phyo Myint

Differences in re-admission rates and mortality were less marked between hospitals, which have remained broadly stable over the last three years.

The insight is the first acute hospitals report to NHS Boards and Health and Social Care Partnerships by the Scottish Care of Older People (SCoOP), a joint initiative set up in late 2016 by three key partners: Healthcare Improvement Scotland, the British Geriatrics Society, and the University of Aberdeen.

Dr Roy Soiza, working group member of the report and Consultant Physician at NHS Grampian, said: “There are many factors that can account for variation in outcomes, including differences in case-mix, service configuration, resources and staffing. The report does not attempt to explain the variation but aims to stimulate thoughtful discussion, learning and action and should be used to help benchmark some key patient outcomes and inspire a culture of interorganisational learning and continuous improvement.”

Professor Graham Ellis, Co-Chair of SCoOP Steering Group and the National Clinical Lead for Older People, Healthcare Improvement Scotland said: “The wider goal is to reduce unwarranted and unjustifiable variation in outcomes, which may represent a threat to patient safety and/or a failure to learn from best practice.”