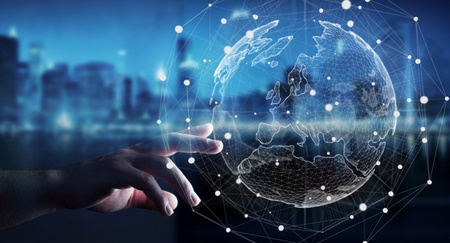 Professor Catia Montagna, Jaffrey Chair of Political Economy at the University of Aberdeen Business School, was one of a small group of economists who took part in a Q&A session with Holyrood Magazine. Below are her responses to questions about the Scottish Economy, the challenges it faces, and the choices confronting the Scottish Government.

Q -  Do you think the Scottish Government’s tax proposals in the draft Scottish budget will grow or shrink the economy and why?

A - A major part of the proposals concerns the income tax structure, with the introduction of a ‘starter’ and an ‘intermediate’ rate (19 per cent and 21 per cent, respectively) and a one per cent increase in both ‘higher’ and ‘top’ rates.

By signalling a readiness to use Scotland’s new fiscal powers to differentiate income tax from the rest of the UK, this has symbolic value. It is doubtful, however, that the scale of these changes will be sufficient to have a substantial impact on the economy.

Behavioural responses are likely to be small due to a limited effect on the disposable income of either low or high income earners, and the tax differentials with respect to the rest of the UK are unlikely to be sufficient to affect the tax base via in or out migration.

A significant increase in government’s tax revenue, and hence a greater ability to boost aggregate demand via public expenditure, is also not to be expected. The Scottish Fiscal Commission estimates an extra income tax revenue of about £165m; however, this will be partly offset by cuts in business taxation (which may not stimulate greater investment if firms’ outlook continues to be poor) and by the smaller ‘adjusted’ block grant Scotland receives via the Barnett formula as a result of the new fiscal framework.

Q - Why is growth in Scotland lagging behind the rest of the UK and what can the Scottish Government do to increase it?

A - A key factor is productivity, which has fallen for seven consecutive quarters and continues to lag behind that of the UK, despite our higher expenditure per-head on enterprise and economic development.

Among the proximate causes of poor aggregate productivity are low and falling business investment and R&D expenditure (much below the already low, by OECD standards, UK levels), but also low wages. Low productivity constrains wage growth, depressing consumption and firms’ expectations; but low wages incentivise companies to hire cheap labour rather than seek productivity improvements via investment and the adoption of new technologies: a vicious circle clearly reflected in the increase in underemployment (low-paid, part-time jobs) hidden behind Scotland’s good job creation rate since the recession.

Identifying and addressing the ultimate causes of productivity is more complex and requires an evidence based approach. Research shows the importance of firm level factors (from size to management practices) and, with value creation no longer confined within individual factories, of the number and quality of the suppliers and customers a firm interacts with. A company’s success depends on the entire economic and institutional environment that surrounds it. This is why many countries try to encourage the emergence of clusters: supported by good public services and network infrastructure, they can sustain pools of skills and knowledge and trigger virtuous circles of firm creation and innovation.

My recommendation would be to set up a productivity commission for Scotland, bringing together government, academics, firms and unions.

Q - Are the Scottish and UK governments right to focus heavily on infrastructure as a means of promoting growth?

A - Infrastructure investment is very important in generating a fertile ground for the virtuous circles discussed earlier and ought to be a key element of a country’s industrial strategy. The UK lags behind many OECD countries in the quality of its infrastructure and a more active approach to this is to be welcomed.

The draft budget sets out commitments to an expansion in capital expenditure, the establishment and capitalisation of a Scottish National Investment Bank (£340m over the period 2019-2021, preceded this year by a new £150m Building Scotland Fund), a £600m procurement for a superfast broadband, commitments to enterprise and skills, an increase in the grant support for business R&D, and additional funding for city deals.

The effectiveness of these measures, however, will not only depend on how investment is targeted, but also on how it interacts with the other areas of policy, and on the behavioural responses of agents.

For example, investment in connectivity can address Scotland’s shortage in digital technology, but its adoption ultimately depends on firm-level factors such as managerial skills: the Scottish Digital Manufacturing Index is very low, with only three per cent of Scottish businesses classified as ‘Digital Champions’ and about 70 per cent as either ‘Basic Browsers’ or ‘Tentative Techies’. Clearly, there are sectors and firms that are at the technological frontier. But the productivity puzzle can only be resolved if innovation adoption is diffused throughout the economy and affects the average business

Q - Is Scotland too dependent on oil and gas?

A - The oil and gas sectors and their wider supply chain account for a significant share of the Scottish economy. Overreliance on any one sector can be risky, and more so in markets such as these where instability is driven by geo-political as much as economic or technological factors. It is therefore important, as a recent Oil and Gas survey suggests, that firms in the sector are now considering a shift towards renewable energy technologies. Scotland has a fairly diversified sectoral composition, but there is a high dominance of micro-businesses (in fact, a large share of the new firms created in recent years have no employees). This is a problem: there is a clear correlation between an industry internationalisation and its size and productivity distribution of firms. Countries such as Germany and Japan have a more diversified production and export base but, crucially, their average firm size is also larger.There also needs to be a rethink of the traditional emphasis of industrial policy on sectors. Industrial competitiveness now reflects participation in complex international production networks and is no longer confined within industries (or even firms); the distinction between manufacturing and services is also increasingly nuanced. A horizontal policy of encouraging the development of factors of production (for instance, subsidisation of technical education) may be more effective in supporting diversification than incentives targeted to particular sectors.

Q - What needs to be done to help offset the effects of Brexit in Scotland?

A - Participation in international markets requires overcoming costs that increase with distance. These are not confined to transport costs due to geographical distance, but also costs due to policy barriers and other softer factors associated with overcoming cultural, institutional and political differences. Brexit is likely to increase these costs. This is particularly challenging for SMEs which make up the bulk of the Scottish business base.

Brexit is also likely to exacerbate skill shortages in both the private and public sectors.To overcome these challenges, the focus ought to be on addressing poor productivity performance and maintaining inward migration to Scotland.

To some extent these issues are intertwined. Increasing ‘distance’ to international markets after Brexit may make it more difficult for Scotland to deter outward migration and attract skilled population, undermining productivity growth and firm creation. Hence the country’s attractiveness to workers and firms needs to increase. Key to this are the conditions discussed earlier that support clusters and virtuous circles of high aggregate demand, investment and growth. Incidentally, by increasing stickiness, agglomeration economies reduce the sensitivity of mobile factors to tax differential between regions.