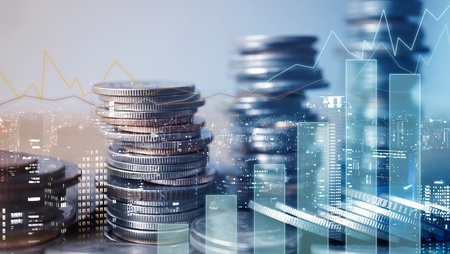 Professor David McCausland, Director of Undergraduate studies at the University of Aberdeen Business School, discusses the UK's future trade relationship with the EU and the rest of the world post Brexit and what economic implications this could have for the future.

The underlying reasons explaining why the people of the UK to choose to leave the EU are, of course, hotly debated. But it would not be unreasonable to highlight immigration and independence (“taking back control” from Brussels) as two key factors. Additionally, a general dissatisfaction with the “political elite” may have led to those disaffected voters who feel “forgotten” by the political establishment to choose to leave the EU.

How Brexit might impact on trade, though debated during the referendum, probably wasn’t a major issue for ordinary voters. First, many voters are not clear what “trade” actually means. For example, the Scottish Government report that the EU is Scotland’s largest trading partner, accounting for roughly £16bn or 40% of Scottish £28bn exports. This is “international trade”. However, exports to the rest of the UK are over four times this volume – almost £50bn. So “international trade” is but one small part of the wider economic activity in a country.

The UK government has now triggered “Article 50”, the official notification to withdraw from the EU. Negotiation on the detail of withdrawal, including international trade arrangements with the EU, is currently taking place.

But, although no trade negotiations have yet been agreed, Brexit has already had some impact on trade. Following the Brexit vote the value of the Pound fell - roughly 15% lower compared to the US dollar, and 9% lower compared to the Euro, than it was prior to the referendum. A “weak” pound is a double-edged sword. On the plus side, this means that British exports are “more competitive” in foreign markets. Great news for exporters. On the down side, the price of imported goods rises. This means higher prices in the shops – both because of the prices of the goods themselves rising, but also because of increased energy and transportation costs. Remember that oil is priced in dollars, so a fall in the value of the pound pushes up fuel prices. This is already feeding into price inflation, despite much of the rise being absorbed by companies. Together with the inflationary effect of the Bank of England’s policy of “Quantitative Easing”, this may lead to some inflation problems over the next few years.

There is a question whether the fall in the Pound’s value is really due to Brexit – the Pound’s fall in value against the dollar has been a long term trend, and is in large part a natural price reaction to the UK’s trade deficit (this imbalance of imports over exports accounts for around 6% of our GDP – the nation’s income). And of course, over time, more costly imports would be substituted with cheaper domestic alternatives, where available. Such locally sourced goods would also incur lower transport costs and more transparent provenance, which is increasingly important to customers.

So what of the future trading landscape? Theresa May has clearly indicated that the UK intends to leave the “single market” and its associated “customs union”. This position has a logic. If you accept that immigration was a key factor in voters’ decision to leave the EU, then it would be consistent to leave a single market that is underpinned by and has as an integral part of it free movement of labour. And if the intention is to then increase trade with other nations outside the EU, this would be incompatible with a customs union that imposes a common external tariff on trade with these very countries. This would also effectively rule out joining the type of trade arrangements that other countries have entered into, such as the EFTA countries’ (Norway, Switzerland, Iceland, and Lichtenstein) agreement with the EU to form the European Economic Area (EEA) – an extension of the EU’s internal market to cover those four countries.

Following Theresa May’s recent announcements, it would appear that the default position will be “no deal”. In other words, if an agreement with the EU cannot be reached, then World Trade Organisation (WTO) rules will apply. This includes “most favoured nation” terms for exports where if a nation makes a concession (such as a tariff cut) to one WTO member, the same concession must be made to all other members. This could still mean that the UK might face higher tariffs than the current free-trade arrangements within the single market. This is particularly relevant to trade in manufactured products, comprising around ten per-cent of our GDP. Of course, the possible higher tariffs trading with the EU have to be offset by the possible lower tariffs trading with countries outside the customs union.Of course, tariffs are not the only impediments to trade. Non-tariff barriers, such as conforming with regulations on standards and safety, are also important. There could potentially no longer be an automatic mutual recognition of regulatory compliance between the UK and the EU, requiring compliance to be demonstrated and tested, which could clearly adversely affect the speed and efficiency of international trade between the EU and the UK. There will also need to be negotiations around financial services. Estimates suggest that the current financial services “passport” supports about a fifth of banking sector revenue, and is clearly of importance for the continuing health of the City of London as a major financial centre.

So, we have a further year or so of complex negotiations ahead of us. And with so many unknowns – both economically and politically - it is difficult to predict the outcome. But, the UK is in a strong position going into these negotiations – the economy is in a generally healthy position - despite many dire predictions. And though trade with the EU is important, it is declining, and has to be set in the context of other benefits that could arise from the UK peoples’ decision to leave the EU.