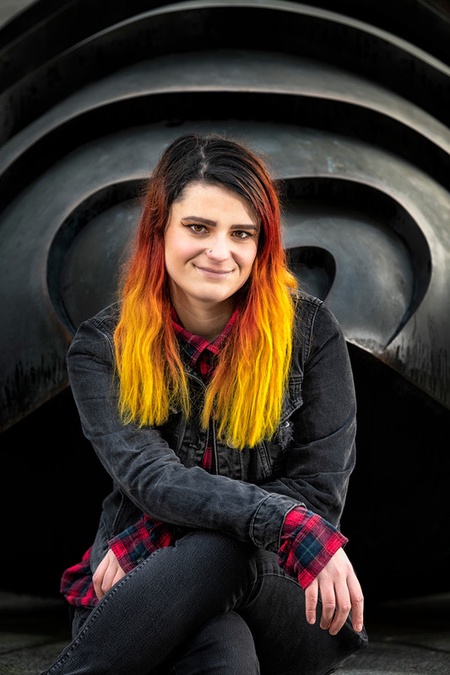 Horror and queerness have gone hand in hand since it’s origins. From the notion of “otherness” and queer monsters in F.W Muranu’s Noserfatru (1922) to the era of the lesbian vampires in Dracula’s Daughter (1936) to more contemporary and intersectional representation of empowered transgender final girls in Assassination Nation (2019).

Horror has always been a rich tapestry for queer expression, the genre has a unique capacity to imagine real-world issues as actual terrors that can take on fantastical, frightening, and monstrous forms. So many of us relate to the monsters of the horror world because at one point or another we too have felt ostracized by society simply for existing.

Unlike any other genre, horror invokes so many queer readings and an avid love from the LGBTQ+ community because of its metaphorical (and at times physical) rejection of the heterosexual status quo. Henry Benshoof best describes this as “for the better part of the 20th century, queer people like vampires have rarely cast a reflection in the social looking glass of popular culture. When they are seen, they are often filtered through the iconography of a horror film. Both movie monsters and queer people have existed chiefly in shadowed closets and when they do emerge, they cause panic and fear.”

Most recently we’ve seen Horror shine a light on non-binary protagonists and characters. In 2021 it was revealed that the world’s favourite doll would be getting his own TV series. Though Chucky has seen numerous sequels and remakes over the years, he has never been shown in a TV format until now. In the series he reveals “you know, I had a queer kid," referencing Seed of Chucky (2004) which saw the character become dad to Glen, with his long-time partner Tiffany, making them a well renowned couple in horror history. Chucky confirms that Glen is gender fluid, to which he is asked if he is “cool with it” - almost in disbelief that the serial killer would be so accepting. "I'm not a monster Jake," Chucky replies, solidifying him as an ally to the LGBTQ+ community.

2021 was a pioneering year for queer horror from the reboot of both Candyman and The Craft: Legacy — and even new adaptations like Netflix’s trilogy film series Fear Street — add LGBTQ+ characters and queer-centered subplots where they may not have been before, dismantling historically ingrained tropes such as the “bury your gays” subplot or having a queer character on screen purely to further move along the plot for the straight protagonist.

It’s important to note that the genre isn’t without its problematic notions too, like all of cinema the legacy of the Hays Code (The Motion Picture Production) which regulated what could and could not be shown on screen up until the last 1960’s still impacts representation of all marginalized communities today. Queer tropes, stereotypes and queer-baiting are still prevalent in horror, especially in slasher films. However the future for queer horror and representation both behind and in front of the screen is looking promising.