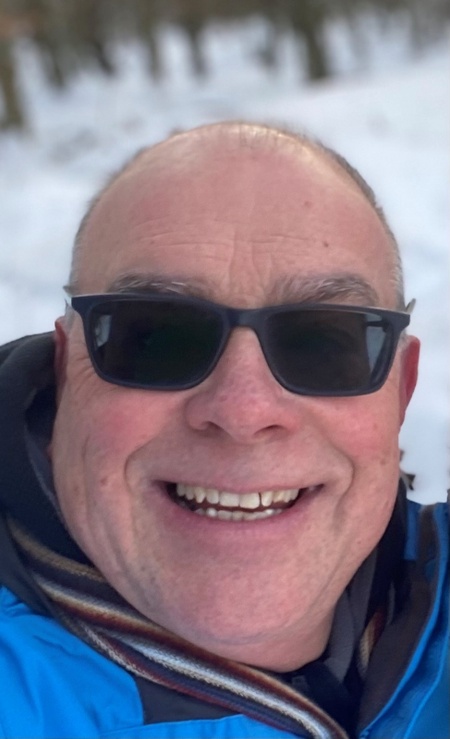 As a reflection on the extent we question what we have been taught and the potentially unspoken organising frameworks behind that knowledge, Mark Whittington of University of Aberdeen Business School (UoABS) reflects on a conversation from 40 years ago…..

I am older than I would like to admit, so let’s just say I went to University around 1980. I had a normal first week at University where people from different places and with varied backgrounds meet for the first time and potentially chat about issues that are awkward….

In my case, I met a guy called Dave who became a good friend. He  was from Ireland and we got off to a tricky start as somehow the conversation turned to the “Irish Potato Famine”, if, like me, you had English history lessons, or the “Great Famine”, if your history was from Irish textbooks. As we discussed what we had been taught, it became clear that we had received and taken on two differing historical narratives about the late 1840’s. There were a few shared facts (poverty, potato dependency, the disease, famine and resultant deaths) but no shared story of how this had come about – why the population was so poor, who had made key political decisions, the role of land ownership etc.

For me, the famine had been taught as a story of another land with little consideration of cause and effect; for Dave it was the lived history of his ancestors with a lack of self-determination or control over their lives. It says a great deal for Dave that he didn’t just right me off as a crazed spoon-fed British imperialist but saw me as a naïve learner, who might be willing to take on an alternative perspective.

The point I am seeking to make is not that one account was wrong and the other correct, or even seeking to determine the weight of truth on each side, but more that if we only look at one stream of understanding, hear one harmonised storyline, we become one-dimensional and potentially judgemental by default, though not consciously nor by own intention.

The culture we inherit or experience, or take for granted as our “norm”, comes with perspectives that may not be shared by those from other cultures or parts of the planet – bear in mind that England and Ireland are not that far apart geographically, yet the perceptions of the famine differed wildly! My regret is that it took some years to fully understand the implications of my conversations with Dave and to start deliberately to seek out other points of view which might challenge my own understanding of how the world is and how it got to this point. One consequence (which might have positives and negatives) is no longer necessarily having a shared perspective with those whose histories might appear similar.

University, and Aberdeen more than most, is a great opportunity to see things from new angles as we meet people from many differing backgrounds and cultures. Seeing issues from other standpoints should also be part of the academic mindset and the more international and diverse our community, the more we fulfil our mind-broadening vision.

Lessons for the Lecturer

A postscript from an academic in a discipline historically dominated with one view of its world – accountants who produce and check accounts for shareholders to make investment decisions. This now seems to me like picking one country in the world (maybe, but not necessarily, the one you come from) and then only interpreting the world and events from their perspective. How do I include other viewpoints and other valid narratives? How do I balance the needs of professional education (totally committed to the sole responsibility to the shareholder) with the insight that this is like deciding to look out at the world from just one window when there are windows on all four sides?

Mark is a qualified accountant and became an academic almost thirty years ago. He has researched broadly across accountancy and finance including real earnings management, pensions, international accounting, environmental reporting, cloud security as well as accounting education. He is a past Head of School at UoABS.