University of Aberdeen School of Medicine and Dentistry

Knight Bachelor, New Year Honours 2011: For services to the NHS in Scotland

1978: Kincardine Prize of the North East Faculty of the Royal College of General Practitioners (for contributions to the management of hypertension)

1991: John Perry Prize of the British Computer Society (for the application of computers to cardiovascular prevention)

1995: Blackwell Prize of the University of Aberdeen (for the book/monograph: Computers in Primary Care - Heinemann Medical 1984, 1986 (for contributions to scholarship and computing in medicine)

2003-04: President of the Aberdeen Medico-Chirurgical Society

2004-07: Provost of the North East Scotland Faculty of the Royal College of General Practitioners

2010: James Mackenzie Lectureship and Medal, Royal College of General Practitioners UK (for contributions to general practice and primary care) Lecture: 'Beyond the Numbers Game: the Call of Leadership'

2015: Honorary Fellowship of the Royal College of Physicians and Surgeons of Glasgow FRCPSG

2016: Fellowship of the Royal Society of Edinburgh FRSE

2017: Fellowship of the Royal College of Surgeons of Edinburgh (ad hominem) FRCSE

2014- Honorary/Visiting Professor of Primary Care and Public Health, University of the Highlands and Islands

1992-2007 Head of Department of General Practice and Primary Care, University of Aberdeen

1993: Inaugural Professorial Lecture: General Practice Beyond the Numbers Game, considered the future of general practice and primary care, which pointed to a new balance between reactive and proactive care, primary and secondary care, and the need to embrace innovative technologies.  Exploitation/innovation of evolving computing and information technology important to deliver optimal care in new ways - including remote consulting/working (telemedicine/telecare), multidisciplinary teams, the growing importance of a public health dimension to primary care. Preservation of the confidence, trust and engagement with the public key (co-production)

1995-96: Chair - Independent Review of the purpose and potential for community hospitals in Scotland.  Recommended a new and widely accepted definition of their function and future role

1996-1998: Chair  - Scottish Intercollegiate Guidelines Network (SIGN) - Lipids and the Primary Prevention of Coronary Heart Disease: SIGN 40. This led to a revision of the SIGN process, incorporating cost-effectiveness as well as clinical effectiveness in guideline development

1998-99: Independent Review of Primary and Intermediate Care Services in Mid-Argyll. Main recommendation was to establish a new community hospital and integrated, co-located primary and intermediate care service at Lochgilphead - since realised

1998-2001: Chair - Primary Care Research Implementation Group of the Chief Scientist Office. Imperative was to increase research investment in primary care. Outcomes: a four fold increase in CSO funding of primary care research in Scotland 1998-2001. Leadership of co-funding - secured from Scottish Government and other NHS bodies co-funding to establish the Scottish School of Primary Care (SSPC) in 1999, in order to enhance the capacity and leadership of primary care research in Scotland.

1999-2001: Chair - Introduction of the Meningococal C (Men C) Immunisation Programme in Scotland. Outcomes: Scotland achieved highest UK uptake rates for all subgroups immunised. In the final report a recommendation was made to create a secure and confidential electronic lifetime immunisation record for all individuals irrespective of locus delivery, which would safely be accessible for health professionals, at all times, to afford best protection and care of the whole populace

2005: Chair - Internal Review of the functionality and effectiveness of NHS 24, with external peer input

2006-08: Chair - Review of the Seasonal Influenza Immunisation Programme in Scotland. Output: The Review Report made a number of recommendations to streamline more resilient vaccine procurement, to implement new models of delivery and to maximise vaccine uptake by health professionals and the public. Further impetus was given to the concept of a lifetime electronic immunisation record, first mooted during the intoduction of the MenC vaccine (1999-2001 - see above)

2015:  Chair - National Review of Out of Hours Primary Care Services in Scotland.  Report: Pulling Together - Transforming Urgent Care for the People of Scotland, published 2015

2018-20: Chair - External Review of Out of Hours Services in Skye, Lochalsh and South West Ross, commissioned by NHS Highland. Report published 05/18, accepted in full by NHS Highland Board. Follow up reviews of progress 12/18 and 05/19 (another review planned in 2020)

2019-ongoing: Chair - Independent Assurance of Primary Care Out of Hours Services in NHS Greater Glasgow and Clyde (NHS GGC). Report submitted to Board Chair 12/19 and recommendations adopted by NHS GGC Board 02/20. 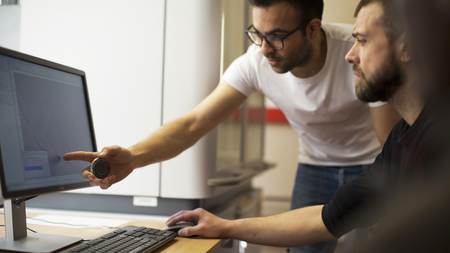