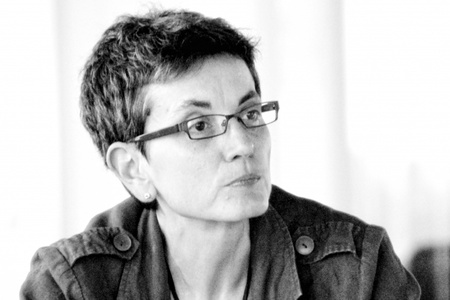 Catia Montagna, professor of economics at University of Aberdeen Business School, and professors Holger Görg from the Kiel Institute for the World Economy and Fredrik Sjöholm from Lund University have been awarded EUR810K by NORFACE for the project Globalisation, Labour Markets, and the Welfare State (GlobLabWS) that will study the complex interaction between the welfare state, globalisation, and labour markets.

Globalisation is perceived as having caused deep changes in the way governments can and do manage their economies.  The increasing ‘foot-looseness’ of firms allegedly challenges the financial sustainability of public programmes by constraining governments’ control of the tax revenue, and the distortionary effects of taxation are perceived as a threat to the international competitiveness of firms and industries. Against this background, doubts are frequently expressed about the compatibility of generous welfare state provisions with a country’s successful participation in the global economy. And yet, the vertical fragmentation of the production chain across national borders, and the increasing competition that industrialised countries face from emerging economies, generate deep fears of increasing inequality and reduction in job security which in turn result in growing demands for welfare protection.

The results of the three year project, which will benefit from the involvement of a high profile Advisory Board that includes members from academic and policy circles, will be of interest not only to the academic community, but also to policy makers around the world.

Catia, who is the project’s Principal Investigator, says:

“Welfare states are considered expensive and, some would argue, unsustainable. Yet, it is clear that a one-size-fits-all approach to policy (and policy reform) is not the answer to the dilemmas that governments face.

Globalisation and international shocks do not affect all countries uniformly. For example, during the Great Recession we observed a high variability in output and employment adjustments across countries. It is certain that these different performances have been influenced by different policies and labour market institutions, but the reality is that we still know fairly little about how these interact with globalisation forces in determining aggregate employment and productivity performance.

Current research on these issues tends to suffer from a ‘micro/macro dichotomy’ that is only too common in economics. On the one hand, the effects of welfare state policies on labour markets have often been studied at a microeconomic level. For instance, the bulk of existing evaluations of Active Labour Market Policies focus on their effects on individuals that took part in a given programme – thus ignoring the opportunity costs of the different programmes. On the other hand, many studies of the economy-wide labour market effects of globalisation focus on adjustments that occur across industrial sectors.

This project aims to overcome this dichotomy. Some recent work by myself and others suggests that countries’ macroeconomic performance is very much influenced by microeconomic adjustments that occur at the industry level across individual firms and workers. The structure of any given industry in terms of the size and performance of firms varies a lot between countries and firms with different characteristics exhibit different cyclical patterns of job creation. Thus, ‘competitive selection’ between firms is an important channel through which globalisation affects unemployment and income inequality both within and across different types of workers.

Our view is that only by capturing nuanced interactions between the microeconomic and macroeconomic adjustments that result from globalisation shall we be able to gain a better understanding of the role of welfare state policies in countering the labour market and income inequality effects of globalisation, thus addressing some of today’s most pressing policy dilemmas”.

The three year project is part of the NORFACE Welfare State Futures Programme (http://www.norface.net/84) which aims to “ask, and answer, fundamental questions about the design, delivery and experience of welfare in the 21st century”.