Dr. Abdul-Salam examines the economics of the controversial Cambo field in the UKCS
07 February 2022 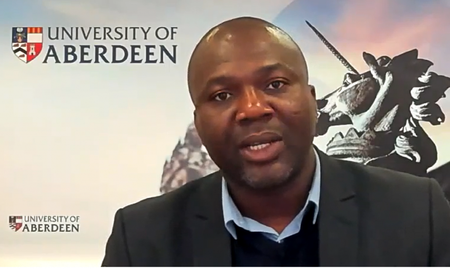 Dr. Abdul-Salam examines the economics of the controversial Cambo field, finding that it is inherently economically viable. He recommends that the UK Government should consider approving the application for consent to develop the field, contingent on a stringent carbon emissions reduction programme for the field being implemented offshore.

A raging debate currently persists regarding the future political economy of the UK Continental Shelf (UKCS) in relation to the prudence of new field developments in the province. Leading up to the COP26 global summit in November last year, this debate had sharply centred on the pending application by the Cambo field owners to the UK Government for consent to develop the Cambo field in the west of Shetland region of the UKCS province. Opposers of the field have called for a rejection of this application, citing the recent IEA and UN IPCC reports urging significant reductions in petroleum developments globally. Proponents of the field however argue that oil and gas remain vital to the UK economy as it transitions to net-zero. They argue that failure to develop the Cambo field (and other similar fields) would have adverse implications for UK long-term energy security, UK emission reduction targets (due to the spectre of carbon leakage from increased UK imports of primary energy) and the wider UK economy with regards job losses from the oil and gas sector.

In November 2021, Nicola Sturgeon, the First Minister of Scotland, announced that the Cambo field "should not get the green light". Under the UK’s devolved government architecture however, the power to regulate the UKCS upstream sector is within the remit of the UK Government and not its devolved administrations of which Scotland is a part. Whilst Scotland First Minister’s views carry significant influence therefore, the ultimate decision regarding the approval or otherwise of the application for consent to develop the Cambo field rests with the UK Government which executes these powers through the UK Oil and Gas Authority (OGA). Nonetheless, Scotland First Minister’s announcement has been widely regarded as a significant boost for the campaign of the opposers of the Cambo field.

The UK Government should consider approving the application for consent to develop the Cambo field, contingent on a stringent carbon emissions reduction programme for the field being implemented offshore." Dr Yakubu Abdul-Salam

Similarly, in December 2021, Shell Plc which had 30% ownership stake in the Cambo field announced that it is withdrawing its investment in the development of the field and its project partnership with SP Energy, citing a weak economic case as its reason. The company stated that “after comprehensive screening of the proposed Cambo development, we have concluded the economic case for investment in this project is not strong enough at this time". Shell Plc’s decision has been regarded as a major win for opposers of the Cambo field, with the environmental protection group Greenpeace UK stating that Shell Plc’s decision to withdraw signifies the "deathblow" to the Cambo field project. Some industry observers however speculate that Shell Plc’s decision to withdraw from the Cambo field is predicated on a goal of mitigating the reputational damage it suffers from battling with environmentalists for the application for consent to develop the field rather than the economic viability of the field.

The controversy surrounding the field has meant that there is currently significant uncertainty as to whether it progresses to development or not. The most objective measure for justifying development or otherwise of the field is its economic viability. In his latest research, Dr Abdul-Salam of the University of Aberdeen uses publicly available data to examine the economic viability of the Cambo field, finding that the field is inherently economically viable as per the established benchmark requirements for three commonly used investment metrics. These are the NPV, the NPVI index and the IRR metrics. Dr. Abdul-Salam’s results show expected values of $1.31 billion, 0.792 (unitless) and 20.689% respectively for these metrics. These values are substantially greater than the minimum required for a viable field in the UKCS as stipulated by the OGA. Consequently, he recommends that the UK Government should consider approving the application for consent to develop the field, contingent on a stringent carbon emissions reduction programme for the field being implemented offshore. This recommendation is consistent with a ‘just’ approach to energy transition, as well as the UK’s policy of maximising economic recovery (MER) from the wider UKCS province. Dr Abdul-Salam's paper can be found here.