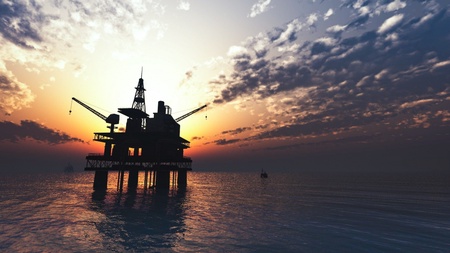 Alex Kemp, Professor of Petroleum Economics and Director of Aberdeen Centre for Research in Energy Economics and Finance at the University of Aberdeen Business School, shares his thoughts about tax changes for oil and gas fields in the North Sea.

In the Autumn Budget 2017 the UK Government unveiled a unique innovation in British tax law by indicating that, when asset transactions take place in the UKCS the tax history of the seller can be included as part of the deal. Why is this felt to be necessary? Mature oil and gas fields are increasingly regarded as non-core by some oil companies, particularly the mega-majors. On the other hand there are many potential new entrants who are keen to acquire such assets. A stumbling block to a transaction arises regarding the tax relief for the (generally large) decommissioning costs. The potential buyer may not have sufficient profits and tax paid from post-transaction production to cover the decommissioning losses carried back against his Corporation Tax and Supplementary Charge. On the other hand the seller could carry back decommissioning losses against profits earned since April 2002. The result is that the expected returns to the potential seller could exceed the expected returns to the buyer. In turn this could result in the transaction not taking place. The further consequence is that any incremental investment and production which the buyer had planned would not take place.

Research by Professor Alex Kemp and Linda Stephen found that, when asset transactions were planned late in the life of fields, circumstances could readily arise where the expected post-tax returns of the seller exceed that of the buyer because the seller could obtain more effective tax relief for decommissioning. Hence the case for allowing transfer of tax history in the asset transaction.

To satisfy the Treasury any such scheme has to ensure that the transaction is at least tax neutral. The tax payable over the life of the field should not be reduced as consequence of the transfer of tax history. This can be produced, for example, by designing a ring fence for tax purposes around the accumulated revenues and costs attributable to the asset in question from the time of the transaction to the completion of the decommissioning obligation. If this sum turns out to be negative then that sum can be set against the taxable income of the seller in years before the transaction.

The decision in the Autumn Budget means that more late field life transactions will take place. The buyers will often be new or nearly-new entrants who don’t have a tax history in the UKCS. The Treasury is apparently satisfied that the end result will be extra incremental investment in these mature fields and net extra tax revenues payable. Several years’ experience will be necessary to see the full effects.