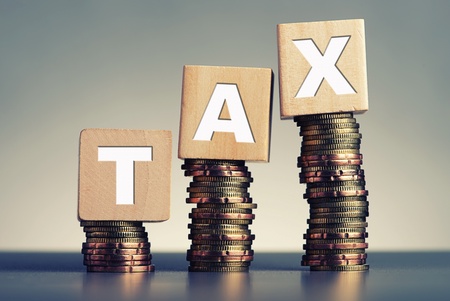 The Scottish Government’s intention is to introduce greater progressivity in the income tax system – and this is to be welcomed. However, the Scottish economy’s outlook remains challenging and how far these rate changes will go in raising tax revenue remains to be seen.

Scotland’s growth rate continues to lag that of the rest of the UK; last year theeconomy went back to experiencing positive growth, but at a mere 0.5% against the UK’s 1.8% – a growth rate that is about ¼ of trend growth; its productivity performance continues to be very weak (productivity has fallen for seven consecutive quarters). The economy suffers from an ongoing aggregate demand deficiency, underpinned by falling private investment (a drop by nearly 25% in the last two years) and low consumer confidence. The uncertainty surrounding Brexit, and falling real incomes as a result of stagnant wages and growing inflation, will do little to change the outlook of firms and consumers.

This backdrop poses significant challenges for the Scottish Government particularly since, following the Smith Commission, the new Fiscal Framework implies that Scotland will receive a smaller ‘adjusted’ block grant via the Barnett formula – the flow from Westminster next year is expected to drop by around £200m. Hence, the weak growth performance does not bode well for the Scottish Government’s need to be more reliant on its ability to raise tax revenue in Scotland: the proposed changes to income tax rates may not translate in a significant increase in tax revenue and may just help contribute to offset the lower flow from the London.

The Scottish government has been very timid in using its new fiscal powers and concerns about Scotland being perceived as a high taxation economy have fuelled opposition to tax raises in some quarters (see for instance the position of the Scottish Chamber of Commerce). But higher taxation does not need to make the country less attractive to investors if the tax revenue is used to sustain a productive environment and growth.

This is not the time to allow short-term budgetary considerations prevent setting out actions that can start addressing the issues underlying the fragility of the Scottish Economy.

The only way to stimulate growth and improve public finances in the longer term is to invest in skills, education and infrastructure. This cannot be done only via the reallocation of expenditure across categories in a cost neutral (or balanced budget) manner. And since the Scottish Government (unlike the UK government) cannot borrow, greater expenditure can only be funded via higher taxation.