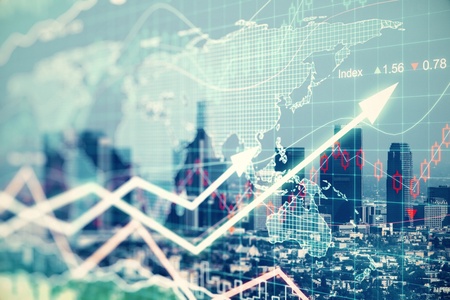 Dr Zangelidis, senior lecturer in Economics at the University of Aberdeen Business School, last week gave evidence to the Economy, Jobs and Fair Work Committee at the Scottish Parliament. He shares his thoughts about how the Labour market has changed in the past decade.

The Scottish labour market has experienced significant disruption since the onset of the Great Recession. This has disproportionately affected low-educated people who were more likely to become jobless. This led to a reallocation of the workforce that shifted the educational composition of workers. As a result, in Scotland the share of workers with University degree or above has increased by nearly 50% (from 22% in 2007 to 33% in 2016).

Appropriately allocating correctly skilled workers to jobs is a key metric of an efficient labour market. One way of measuring how closely worker and job skills match is to measure the discrepancy between the worker’s highest qualification and the required qualification for the job. In 2016, around one third of workers in employment were mismatched, of which almost two thirds are overqualified (having qualifications greater than those required by the job) and the remaining underqualified (having qualifications less than those required). Mismatch matters because it affects wages and worker turnover. While workers who have higher qualifications than those required, receive a wage premium (4.8% higher wages compared to those whose qualifications are matched to the required level), underqualified people experience a wage penalty (10.6%). Interestingly, despite the wage premium it is the overqualified people who are more likely to change jobs, where the average probability is 8.6%. In contrast, although underqualified workers enjoy lower wages, they appear to be less likely to look for a new job, compared to those who are skills matched or overqualified, with an average probability of looking for a new job at 2.9%. This may reflect the lack of attractive alternative prospects in the labour market for the latter. For the people who are have the required level of qualifications, the average probability of looking for a new job is 4.8%.

A measure of how competitive and attractive a labour market may be is captured by how well skills and qualifications are rewarded. An additional year of education in 2007 was estimated to increase wages on average by 12.2%. This premium has almost halved in size in 2016. Similarly, comparing the returns to qualifications between 2007 and 2016 reveals that qualifications are not rewarded as well as they used to ten years ago.

The developments highlighted above synthesize a challenging environment for the Scottish labour market, especially in terms of recruiting, retaining and motivating the workforce.