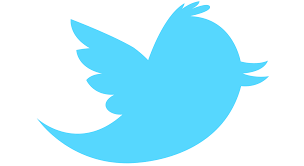 What is the role of a leader on twitter? And what is the role of twitter for leaders? Both of these seem apt questions in an age of increasing digital communications. This is especially so, given the number of leaders who are engaging in social media. Former President of the USA Barack Obama has 101.4 million twitter followers (as of publication of this blog), with the current President at 53.3 million (looking at how many and who they follow would open up another blog piece altogether). The incumbent President has used the platform to engage in international communications and with other world leaders. Beyond politics and diplomacy, many public, private and third sector leaders are now using twitter on a regular basis as part of their leadership.

Twitter offers leaders many opportunities. The chance to publish, the chance to create and the chance to share widely. Leaders can engage in sharing and sustaining a vision. They can even gather views on visioning and feedback on extant work. They can, and often do, celebrate successes. Furthermore, they can share regret, give reasons and offer remedies when things go wrong. All of this can be done quickly, easily and with wide reach. However, leaders might reflect whether their tweets support a guiding vision and work from it, or, by the nature of Twitter, scatter gun and dilute the key messages. Nevertheless, maybe that is what twitter offers:- a broad spectrum of topics to be communicated to an even broader spectrum of potential readers.

Leaders often deal with System wide issues. From that point of view social media can be a helpful horizon scanner to new and emerging trends. It is one way to keep up. However, be careful ‘twitter leaders’:- Is the news you at reading really what is seems on the surface? Fakes News is aplenty and twitter is a great place for spin and stories to emerge and be recirculated. What we retweet is as important as what we tweet directly.

Twitter, like much of social media, is a self-publicity tool. From that point of view it can lend itself well to motivating and inspiring. Team or individual success can be publicised and shared widely with public affirmation of achievements. However be careful ‘tweet leads’, not giving attention to one camp or over tweeting another camp’s successes can move from motivating and inspiring, to dividing and depressing. Just as in the office, there are careful considerations to be made.

Can it provide cohesion and help in aligning people and organisations? This may be easiest done by the subtle art of negotiation and with a good amount of emotional intelligence thrown in. Shouting loudly from roof tops (or tapping into your mobile device) might herd people in a crisis but does not always create the nudge and influence effect we need to solidify long term alignment and cohesion. That perhaps can only be done with face to face interaction.

For those using communications colleagues to run social media accounts, considerations might include value for money and also governance and controls of messages sent from them.

One other warning- an Aberdeen hotel has useful advice printed at the bottom of its menus: ‘No tweeting when eating.’ Remember most leading is still done face to face. The social media leader can appear active and engaged but can feel distant and detached for some staff. And lastly, don't drink and tweet perhaps goes without saying. Messages sent late on a Friday or Saturday night might 'keep up the Joneses' but end up keeping you up longer than you might think in the days that follow! Everything which is shared is recordable and can come back to bite you harder than the small beak of the twitter bird.

As with establishing visions, values and aims within the organisation two key questions might help:-

What is your core purpose?
And who is your audience/customers/stakeholders?
A review of these might be as helpful as the next scroll through your phone or tablet device.

Neil McLennan, is a Senior Lecturer (Scholarship) and Director of Leadership Programmes, School of Education, University of Aberdeen.