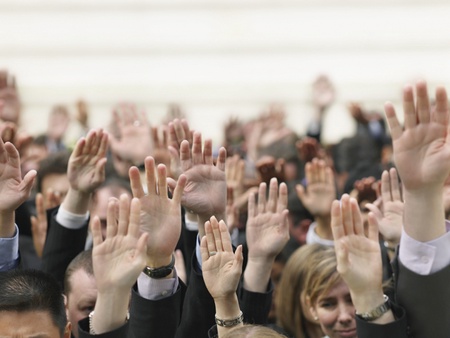 Jeff Hyman is Emeritus Professor in Employment Relations at the Business School, having formally retired from the University ten years ago. His research interests were primarily in employee participation and the future of work. Following retirement, he has regularly undertaken teaching on request but assumed that his publication career was over.

This changed two years ago through the intersection of a number of events. First was the publicity given to a range of toxic management practices at companies such as BHS, Sports Direct and Rolls Royce, whose directors were faced with a £670 million settlement following bribery and corruption charges. These cases encouraged Theresa May, in her campaign to succeed David Cameron, to proclaim that if she became Prime Minister, greater employee control over managerial affairs would be articulated through worker representation on company boards of directors. Following her appointment, this commitment was quickly dropped following concerted opposition from managerial interests.

Nevertheless, and despite questionable supportive evidence, management rhetoric continues to emphasize that employees enjoy extensive rights to workplace “voice”, largely expressed through a range of engagement and involvement exercises. The book’s genesis arose from Prof Hyman’s reply to an email from the publisher Routledge over another matter, but accompanied by a vigorous rant pointing to diminishing, rather than growing, opportunities for individual or collective self-expression at work and their impacts on work performance, expecting that no more would be heard. Instead, a request came from the publisher to submit a more detailed proposal, which led to the publication in June of the book.

The narrative traces the contrasting development of ideas and practice surrounding employee participation and voice, from early-industrial attempts to secure worker control, through to the rise of trade unions and subsequent contemporary managerial policies in the UK to contain collective influence through suppression and deregulation or by offering employees superficial communicative and task-based initiatives, largely under management direction. In many platform-based sectors, workers may not be treated as employees at all, depriving them of even the most basic of voice opportunities. Rather than discretion and autonomy passing to workers, many, including professional employees, are experiencing the opposite, with consequent raised stress levels, lowered job satisfaction and compromised performance. These regressive approaches are contrasted with pluralist perspectives deriving from European social model policy and practice. The implications of growing collective employee agitation and repression in newly-industrializing countries operating under different political regimes are also assessed.

Notwithstanding current policy initiatives (such as the 2017 Taylor Report) aimed to promote “fairer work”, the book concludes ominously for supporters of worker influence: “The century-long shift from ideas promoting industrial democracy through radical worker control, to union–driven pluralist opposition to current organizational hegemony has been gradual and in democratic societies never likely to be complete, but there are few signs that the direction of travel will be altered, let alone reversed”.

Jeff can be contacted at j.hyman@abdn.ac.uk