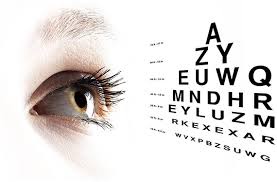 This week was National Eye Health Week and various activities took place across the country to raise awareness on related issues. The provision of eye care in Scotland has really transformed over the past decade. In 2006 the Scottish Executive introduced free eye care in Scotland. Previously, individuals in Scotland (similar to the rest of the UK) had to pay for sight tests out of pocket at a private optometrist. The policy was redesigned and introduced a subsidised eye examination that allows anyone living in Scotland to have a ‘free’ eye examination funded by the NHS and carried out at any high street optometry practice.

A group of us from the University of Aberdeen Business School and the Health Economic Research Unit did a research project, funded by the Chief Scientist Office of the Scottish Government, to investigate the effect of this reform on the uptake of eye examinations and on achieving wider health benefits.

Particularly, our research project aimed to:

1. Assess how people responded to the eye care reform and whether there was an increase in the uptake in eye examinations in Scotland.

3. Investigate whether there were wider health benefits that could be achieved through an eye examination.

Our findings revealed that there was an increase in the number of eye examinations since April 2006, suggesting that people reacted positively to the eye care reform by having their eyes tested more frequently. However, also we found important socio-economic differences in how people responded.

This positive reaction was primarily driven by individuals from the wealthier households. Given that these individuals were more likely to have their eyes examined before the eye care reform, it seems that the universal free eye examination policy has increased inequality in preventive care use. Therefore, an unintended consequence of the policy was the widening of the socio-economic inequalities in the utilisation of eye care services in Scotland.

Another aspect of the eye care reform was the redesign of the eye examination. The new eye examination was a move away from the previous emphasis on a sight test, to the introduction of a more comprehensive eye health examination in order to assess the patient’s eye health, which provides a benefit to all individuals not only those requiring spectacles, and to address wider health aspects, such as high blood pressure or hypertension.

Our project also explored the potential wider health benefits and cost-savings that an eye examination can achieve through the early detection of hypertension. Cardiovascular disease is the number one cause of death in the UK, and has important financial implications for NHS. We found that the reform in Scotland led to an increase in the detection of hypertension through a higher uptake of eye examinations. However, the issue of inequality remains. Our results suggest that the disparate uptake of eye examinations across income groups not only widens inequalities in eye health, but may also widen inequalities in other health conditions. In particular, it appears that the people in the upper part of the income distribution are more likely to have blood pressure examinations and consequently more likely to report more high blood pressure problems. This is the same group of people who are also more likely to respond positively to the eye care policy and have a higher uptake of eye examinations.

There is clear evidence that the eye care reform succeeded in getting more people having an eye examination and that there are wider health benefits (detection of other health conditions) and potentially cost savings that can be achieved through an eye examination. However, there are socio-economic inequality in the eye care utilisation. Our research project highlights the need to focus the policy agenda to the more vulnerable parts of our society and the necessity of a targeted awareness campaign.

This research was funded by a research grant (CGZ/2/533) from the Chief Scientist Office of the Scottish Government.

Dr Zangelidis joined the Economics department at the University of Aberdeen in 2003. His research interests are in labour economics, health economics, and applied econometrics. Alexandros has led various funded projects (Nuffield Foundation, Chief Scientist Office, Carnegie Trust for the Universities of Scotland) and participated in large EU funded projects. He has published in a wide range of journals including the Journal of Economic Behavior and Organization, Oxford Bulletin of Economics and Statistics, Labour Economics, and Industrial Relations.

Dr Zangelidis is the Head of Economics discipline