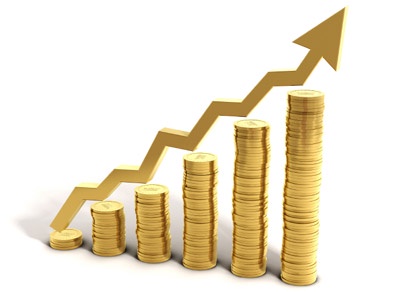 Following the announcement by the Bank of England to raise interest rates, Economists from the University of Aberdeen Business School share their thoughts.

The Bank of England rises the interest rate: Was this the right time?

Reactions from the Business School

The Bank of England’s decision to raise interest rates from 0.25 to 0.5 percent for the first time in over a decade yesterday reflects concerns about rising inflation.

However, it is highly unlikely that the current rise in inflation reflects an incipient overheating of the economy and hence a risk of inflationary spirals.

An important factor contributing to the rise in prices above the Bank’s inflationary target is the substantial devaluation of the pound following the Brexit referendum that has resulted in higher import prices, increasing the cost of firms relying on the international production chain.

Although this devaluation has somewhat helped exporters, there is little evidence that it is triggering a rebalancing of the economy towards manufacturing and a process of ‘export-led growth’. Pay growth continues to be sluggish, real wages continue to fall, and the ’42-year low’ in unemployment rate hides substantial ‘underemployment’ (low paid, part-time, insecure jobs) – an unlikely scenario for buoyant consumer confidence.

The reality is that the UK economy does not need ‘slowing down’: it continues to suffer from an aggregate demand deficiency and the existence of ‘little spare capacity’ is the result of years of underinvestment. Compounded by the uncertainty surrounding Brexit and the availability of relatively cheap labour, however, pessimistic expectations about future market demand will continue to underpin low investment rates by firms and do little to address the poor productivity and growth performance of the UK.

In this situation, higher borrowing costs, particularly if accompanied by further fiscal tightening (not an unlikely scenario), may further depress consumer expenditure and investment components of aggregate demand and the higher public debt interest servicing will exacerbate government borrowing requirements. The market’s reaction to the BoE’s decision may well be reflecting these concerns.

The Bank of England announced this morning the rise of interest rates from 0.25 per cent to 0.5 per cent. This occurs in a climate of an ongoing fiscal austerity that has caused the weakness of the UK economy that, in fact, has not yet recovered from the financial crisis of 2008. The Bank’s programme of quantitative easing has led to historically low interest rates. Despite low interest rates and the expansion of the monetary base, economic growth has been nearly non-existent with acutely unequal distributional impacts resulting from the asset price inflation (such as stock and bond prices) favouring the wealthy. It appears that the Bank has faced the limits of quantitative easing.

In this climate of austerity, investment as measured by Gross Fixed Capital Formation has declined from 18% of the GDP in 2007 to 16.6% in 2016 due to uncertainty in the economy, low demand and the tendency of businesses to pay down their debts.

Furthermore, in spite of the large fall in real wages - the longest and steepest decline in real wages since at least 1830 - there are remarkably smallish employment gains (in terms of the employment rate) though the figures disguise substantial underemployment in the form of zero hours contracts and other ‘flexible’ forms of employment.

Importantly, as the Bank has announced elsewhere, the UK household debt including mortgages as a proportion of household income rose from 95% in 1997 to 140% just after the financial crisis and it is again on an upward path predicted to reach 153% in 2022. Interestingly, these Bank of England statistics exclude student loans c £89bn of outstanding student debt, which has more than doubled in the last five years.

Although the rise of the interest rates is relatively small, their impact on a poorly performing economy, suffering from deficient demand, falling on households already overburdened by debt should be expected to have significant effects on the incidence of debt defaults thus intensifying the deficiency of demand. Thus, while the Bank assumes that the interest rate increase will affect just the rate of inflation, there is the very real possibility that there will be a substantial negative impact on the real economy.

The first rise in base interest rates in many years comes as no surprise - Governor of the Bank of England Mark Carney has been raising expectations for many months - but it still constitutes a shock to finance in the UK.

The upside is that a rise might choke off price inflation, presently around 3 % per annum rather thanthe target 2%. That might - might - stimulate a rise in the value of sterling and business optimism. However, the downsides are tricky. First, while inflation may be over target, growth in the economy stagnates, investment continues to be slow, relative poverty and debt problems are rising.

So why has the MPC raised rates? There is little alternative, even if inflation is driven by the weak £ post-brexit, not by an overheated economy. The overhang of billions of gilts bought by the Bank under years of Quantitative Easing must, sometime, be unwound, with sales uncertain and economic impacts unclear. Meanwhile, the slide in the £:$ and £:€ rates since brexit make the UK poorer and the stalled productivity in the UK makes it harder to compete unless the exchange rate falls further. For individuals, debt becomes more expensive and family budgets become further stretched, making repayment and savings less likely. In months to come we shall be looking carefully for the effects of this small rise, to see if its impact is dramatic: and whether its direction is good or bad for growth, the economy and for households.