Karen is a sociologist, criminologist and qualitative researcher. She returned to her alma mater, the University of Aberdeen, to take up the post of Lecturer in Sociology in June 2022. She is developing and delivering teaching on the new MA Sociology & Criminology and the MSc in Criminology & Society.

Fellow of the Higher Education Academy (from 2012)

Editorial Board - Qualitative Research (2022 to present)

Chair of Editorial Board - Sociological Research Online (2018 to 2020)

External Reviewer of university outputs for REF 2021. Sociology and Social Policy submissions (2019 to 2020)

She has researched and published on interpersonal cyber-crimes such as trolling, online harassment and abuse, and also police officers' views of cyber-crime. She co-edited the collection, Online Othering, which explores case studies of digital violence and discrimination on the web and was published by Palgrave Macmillan in 2019.

Karen is also an expert in qualitative research methods. Her second monograph, Reflexivity: Theory, Method and Practice, was published by Routledge in 2019. She also co-edited, Reflexivity in Criminological Research: Experiences with the Powerful and the Powerless, published by Palgrave Macmillan in 2014.

She is currently co-editing a collection on Crafting Autoethnography: Processes and Practices of Making Self and Culture with Dr Jackie Goode and Dr Jan Bradford, to be published by Routledge late 2022.

Karen is also currently writing up findings from a Leverhulme Trust / British Academy Small Grant: Breaking Bad News: A Qualitative Study of Frontline Police Work with the Bereaved. This is the first study of its kind to explore the delivery of the death message by frontline police officers in the UK.

I am currently accepting PhDs in Sociology. 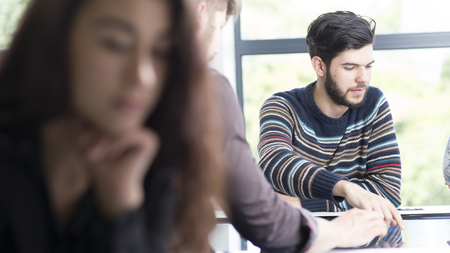 Karen is currently completing a Leverhulme Trust & British Academy Small Grant: Breaking Bad News: A Qualitative Study of Frontline Police Work with the Bereaved. This is the first study of its kind to explore the delivery of the death message by frontline police officers in the UK.

Karen's early doctoral research was an ethnography of boy racers in Aberdeen and the social reaction to their behaviour. The research shed light on the common misconceptions concerning car modification (sub)cultures, which are labelled as deviant, risky and dangerous and whose rituals have helped fuel the myth of the boy racer. A monograph of this research, Boy Racer Culture: Youth, Masculinity and Deviance, was published by Routledge in 2013.

While at Loughborough University she co-founded the East Midlands Policing Academic Collaboration (EMPAC) and subsequently led the EMPAC Victims, Witnesses and Public Protection Network as part of a HEFCE and College of Policing 'Policing Knowledge Fund' (Co-I £862,620). Karen also led the Policing Research Network at Loughborough University and was PI on an application for a mini-centre for doctoral training - 'Policing For the Future: Socio-Technical Resilience and Innovation'. This involved the award of £350,000 for five fully funded interdisciplinary PhD studentships.

Examples of research and evaluative work for police organisations and other partners over the past five years include:

She has also delivered advanced research methods training to academics, social researchers and research professionals via the Social Research Association, and to police officers and staff via EMPAC and West Midlands Police.

2017: Herminder Kaur - Disabled Adolescents’ Use of the Internet

2018-19. Prinicpal Investigator. Building an Evidence-Base for the Policing of Interpersonal Cyber-Violence: Examining the Experiences of Perpetrators in relation to the use of Digital Tools in Domestic Abuse and Stalking. £4043. College Research Development Fund, University of Leicester, UK.

2016. Principal Investigator. Conference on Online Othering: The Dark Side of the Web. £1750. Internal funding from the Centre for Research in Communication and Culture, Loughborough University, UK (with Emily Harmer (Co-I)).

Karen teaches on various sociology and criminology undergraduate courses at the University of Aberdeen. She is currently developing and delivering teaching on the new MA Sociology and Criminology for the 2022-23 academic year.

She is also developing Masters level teaching for the new MSc Criminology & Society which begins in 2023.

Karen is also the Recruitment Officer and Access & Articulation Officer for the Department of Sociology.