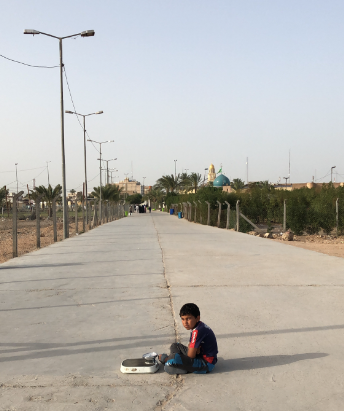 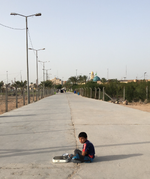 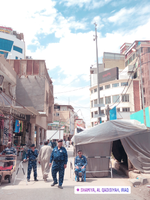 In mid April 2019, I was travelling to Iraq as part of a charity organisation made up of doctors, pharmacists and surgeons from around the world. The group included people from Canada, America, Tanzania, Madagascar, Iraq, London and Paris. The aim of this visit was to provide medical aid, as well as attend lectures in various cities in the country, on the topics of Medical ethics, practices in war-ridden countries and spiritual medicine. I became involved in this initiative through an advertisement, which was forwarded to me, regarding a charity organisation that was planning a medical retreat to Iraq.

Before arriving in Iraq, I had a perception of the country as being unsafe and unstable, which admittedly did cause me to be slightly apprehensive regarding the trip, however after speaking to the group and being reassured, I was excited to be involved in a charitable cause, which would also allow me to gain exposure to medicine in an unique setting.

Being interested in politics and international relations from a young age, I was aware of the calamities that have faced the nation of Iraq over the past few decades. Being a country that had one of the highest standards of healthcare in the region in the 1980s and 1990s, following the crisis that has hit the country in the early 2000s it has deteriorated in terms of worsening infant, child and maternal mortality due to destruction of healthcare services. As a student of Medicine, intercalating in a masters of Global Health, I figured that this trip would also serve the purpose of allowing me to gain a better understanding of healthcare in a third world setting.

Upon arrival in to Iraq, the first city that we visited was Najaf. Najaf is a city that has been a safe haven in the midst of the war that ensues in the rest of the country. This is due to the presence of holy shrines and it being the residence of many of the most influential leaders of the country. During our stay in Najaf we visited a number of orphanages where the doctors in the group had interactive sessions with local medical practitioners on emergency medicine as well as carrying out minor procedures at the orphanages. We were able to provide one of the orphanages with a supply of medical equipment that would be beneficial to them on a daily basis in caring for the children.

Although I recognised the many challenges that the country still faces in order to get back on its feet in terms of healthcare and security, I was extremely taken back by the dedication and passion of the Iraqi people in order to make improvements and move forward from the many years of war and terrorism they have had to endure. The security situation in the country was impeccable, during my eight-day stay, our groups and others were searched at least 5 to 6 times a day, which I believe was necessary and gave everyone a heightened sense of security. Many of the places which we visited, did not even allow mobile phones inside, as a security precaution. The security services in the country are working night and day in order to secure the future and ensure prosperity for their fellow countrymen.

In the eight days that I spent in Iraq, I was fortunate to visit a number of different cities in the county, some of which had just recently been liberated from ISIS terrorists. In these cities, we had the opportunity to talk to locals regarding the security situation as well as aid in campaigns to provide first aid and monetary aid to shelters which were in dire need of assistance.

During the trip, we visited a city on the outskirts of Baghdad called Samarra. This city had suffered multiple attacks as well as having endured the destruction of one of its holy mosques. Although, the city was now slowly recovering, we were able to hear first hand from some of the families that were displaced from their homes due to the abundant violence. These families were being given shelter and told us that they prayed for nothing more than to return their homes and be able to live safely. I was made aware of the size of the humanitarian crisis that the country had faced, when informed that around 3.4 million people had been displaced over the past 5 years. Among those displaced, a minority are lucky enough to make it to a shelter whereas the others have to find their own shelter in their communities and mainly abandoned buildings.

My visit to Iraq allowed me to witness in person the chronic lack of utilities, the lack of trained doctors, infrastructure and education that the country is challenged with. Although, there is a long way to go, I was continuously reminded of the enormous potential that Iraq has and the unmatched resilience of the Iraqi people. I came to realise that we, as the international community, must aid this country, which has been dealt an unfair hand, in its efforts to return to normality.