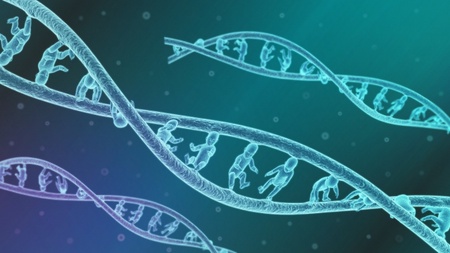 In a Brave New World, published in 1932, Aldous Huxley imagined eggs and sperm kept in ‘racks upon racks of numbered test-tubes’ and babies grown in rows of flasks, provided with nutrients and hormones. While the birth of Louise Brown, forty years ago last year, must have seemed to some at the time as if Huxley’s vision was coming true, the recent announcement by Dr He Jiankui, conjures up the more dystopian vision where we are “.. ‘out of the realm of mere slavish imitation of nature into the much more interesting world of human invention’”. Dr He announced the birth of twin girls, Lulu and Nana, happy news for the parents no doubt, but hardly cause for worldwide coverage or indeed alarm. However, He working in secret and against general international agreement (and without the knowledge or ethics approval of his Institute) claims to have edited, while embryos, the girl’s genome. If as it appears this is true it raises a raft of questions for the biomedical community and society as a whole: what are risks to the individuals, both immediate impact and long term health, and their potential off-spring; should genome editing ever be allowed; and if yes when would it be appropriate to do so?

Dr He’s video post, by passing the normal route of peer review and publication was precipitated by the fact the work had been discovered by a journalist, has been met with consternation and anger and some skepticism in the absence of independent confirmation. Indeed he has subsequently been fired from his institution. Furthermore, according to a recent news article in the journal Nature there is at least one other couple expecting baby who has been subject to genome editing. A key point is although our knowledge of the molecular details of reproduction has dramatically increased in the last half century there is much we do not understand. So regarding genome editing of human embryos, and focusing on the science, do we know enough to be confident off-target effects (unintentional changes in the genome) are minimal or what the wider impact of the genetic change maybe on health in later life?

If we can be assured on the safety of genome editing, or at least have agreement on what risks would be acceptable, would it not be morally right to correct a debilitating genetic defect in the embryo before the consequences are manifested, if we are in a position to do so? The problem is that if genome editing becomes the norm what is to stop its use for eugenics? Could Huxley’s vision of a dystopian future of α, β, γ, δ and ε classes-with the former destined to be leaders and the latter menial workers- come about, not through use of X-rays, chemicals and hormones, but by directly rewriting the human genome? I suspect the latter is unlikely, but the fact remains tinkering with the human genome raises profound questions that could affect not only present, but future generations, and as such requires a humane and societal response.

Louise Brown is now a mum with two sons of her own and clearly the era of IVF, her birth made possible, has helped countless couples start a family. So the question is what does the future hold for Lulu and Nana, two girls born with (probably) edited genomes?