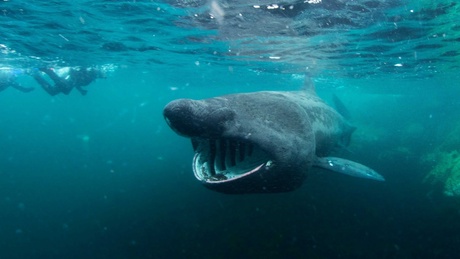 Led by Dr Catherine Jones, the study found that basking sharks prefer to travel with their relations to familiar feeding sites. The research was published in Scientific Reports.

A breakthrough came when we discovered our techniques worked on skin mucus. We routinely swabbed aggregations of sharks quickly and with minimal disturbance, to obtain genetic profiles of individuals traveling together." Dr Catherine Jones