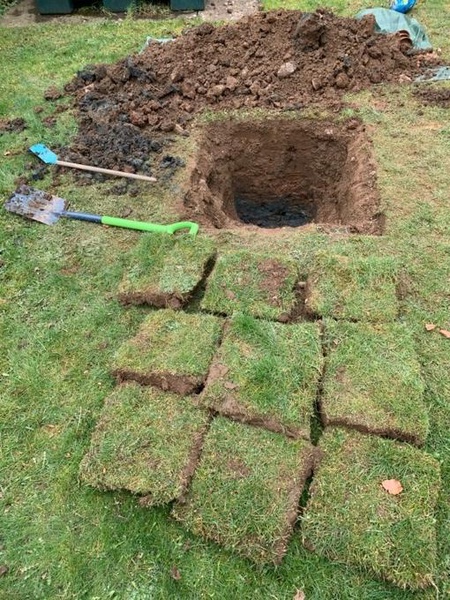 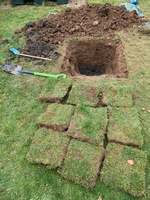 The astronomer Carl Sagan famously said that “The nitrogen in our DNA, the calcium in our teeth, the iron in our blood, the carbon in our apple pies were made in the interiors of collapsing stars. We are made of star stuff.” But while we look to the stars and marvel at this thought we should pay attention to what is below our feet, for it is here that all of these elements were made available to build us, we are soil stuff. Some of the nitrogen in your DNA was once attached to a minute particle of clay where a bacterium or fungi released it from its chemical embrace to hold on to it for a while before releasing it into the soil water that permeates through the hidden labyrinth of connected pores. Within this labyrinth a plethora of organisms seek to snap up this tasty morsel but on this day a root of an apple tree has intercepted it. On entering the super highway of the tree’s interior it is combined with other elements to make up the biochemical machinery of life. Residing in the chlorophyl of the leaves this nitrogen aids the tree in harnessing the Sun’s energy. This energy is used to capture the carbon from the atmosphere that ends up in your apple pie, it is used to create the enzymes exuded by the roots to capture the iron that ends up in your blood and the calcium that ends up in your teeth. These elements are ultimately returned to the soil as the lifecycles of the producer and consumers complete and the cycle continues.

So what is my interest in soil I hear no one ask? I often joke that “I tell people that I am a soil scientist and that usually kills the conversation” but that’s not really true. I am quite often then asked “Why?” and my usual response is to tell them that soil is everything of course. It is where we grow our food, our building materials, our fuel sources, its what we build our buildings on. These are familiar concepts but ones which don’t immediately bring soil to mind. The conversation may turn to more scientific musings like carbon storage, flood prevention, water filtration or the pro’s and con’s of various agricultural practices. But soil carbon is my bag and if the person is still listening, I will most likely end up talking about that.

Soil holds over twice as much carbon as all the terrestrial biomass and the atmosphere combined but soils under agricultural management have lost as much as 70% of this bounty. With such a huge store of carbon, soil has the ability to be a contributor to, or a saviour from, climate change. Simply put, it is a matter of inputs versus outputs and that’s where my research lies. I look at how plant inputs of carbon influence the cycling of carbon that is already present in the soil. It is known that fresh inputs can increase the rate at which native soil carbon is decomposed so that we cannot just assume an increase in soil carbon equal to the addition of new material. Historically this balance has been studied from a largely biological point of view with activities and community composition of microbes being the focus of much research. My PhD focuses on how the abiotic nature of the soil, from the material it is composed of to the structural arrangement, influences these biological activities and ultimately mediates the biological processing of carbon. This fine scale of study has implications at the larger scale, climate change in particular, as a better understanding of the fundamental processes that dictate carbon storage and release will allow us to better model and predict future climate scenarios.