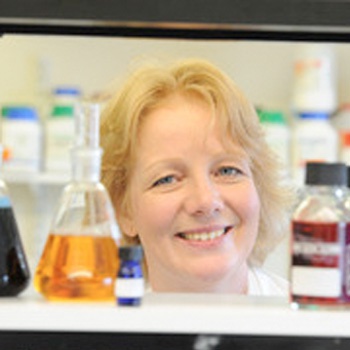 Cocoa-rich dark chocolate might help protect against heart disease and stroke, but probably more so if you are a man.

That’s one of the findings of scientists at the University of Aberdeen Rowett Institute of Nutrition and Health who studied what happened in the blood of volunteers after they ate dark chocolate specially boosted with cocoa extract.

Cardiovascular disease (CVD) - diseases of the heart and circulatory system - is one of the biggest killers in the industrial world, accounting for more deaths each year than any other disease in Europe and America. One characteristic of CVD is impaired blood flow and the increased formation of blood clots.

Clots are formed when platelets in our blood - normally responsible for the prevention of bleeding - become over-active and stick together. This increases the risk of blockage of blood vessels which can result in heart attacks and strokes.

Platelet function can be affected by several medications but also by compounds from various foods. Some found in fruit, vegetables, herbs, spices, teas and wines have been linked to improved platelet function.

Researchers set out to investigate platelet function in the blood of healthy volunteers after they had eaten dark chocolate enriched with a specially manufactured cocoa extract to boost the levels of flavanols.

This was compared with platelet function in those who had eaten dark chocolate - with a lower cocoa and flavanol content - and white chocolate. Blood and urine samples were taken and then analysed two hours and six hours after chocolate consumption.

Dr Baukje de Roos, from the University of Aberdeen Rowett Institute of Nutrition and Health, led the study. She said: “Platelets play a key role in wound healing, but certain conditions, such as being obese, having diabetes or being a smoker, can cause platelets to go into overdrive, resulting in the formation of blood clots or thrombosis and obstruction of blood vessels.

"Cocoas is a rich source of flavanols and we already knew that flavanols can stop platelets sticking together but we didn’t know how they did this.”

Researchers also measured bleeding time – which shortens as platelets become stickier. They found that the specially enriched dark chocolate significantly increased bleeding time after six hours in both men and women, possibly caused by the metabolites that our bodies produce from flavanols.

“It was especially interesting to see that both men and women had improvements in their platelet function, but in different ways. The strength of the effects seems to be more pronounced in men,” said Dr De Roos.

“Our study found that compounds deemed responsible for the beneficial effects, flavanols and their metabolites, are appearing in the blood stream and in our urine within hours of consumption, and are having a positive impact on platelet function effects.

“Nevertheless, it is important to remember that these findings are not a carte blanche to eat chocolates as they are extremely rich in fat and sugar. But if you are going to eat chocolate - and there will be plenty on offer over the festive spell - it’s better to choose dark chocolate, containing at least 70% cocoa.

“We hope that our findings could ultimately help with the development of healthier foods and food supplements.”