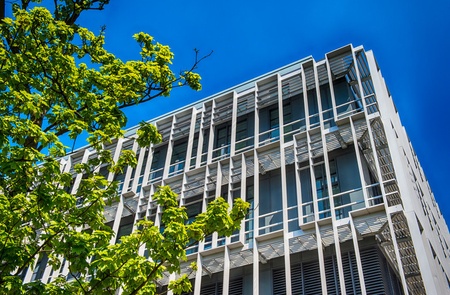 The north east's world-leading contribution to nutrition will be celebrated when the Rowett Institute welcomes the public through its doors to mark 100 years since it officially opened.

Boasting a state-of-the-art human nutrition unit, visitors attending the Doors Open Day on Saturday, 10 September, will have the opportunity to learn first-hand what it is like to be a research volunteer taking part in a study at the Rowett.

The unit is fully equipped to take measurements such as body fat and resting metabolic rate to show the effect of a dietary-intervention trial, the results of which could change our future eating habits.

Visitors will also be able to view the industry-standard kitchen, used for the preparation of food, as well as the hotel-style accommodation which allows volunteers to stay overnight. Samples of foods such as pancakes incorporating sustainable ingredients like hemp, a climate-resistant, carbon-neutral, zero-waste crop, will be on offer.

Doors Open Day allows access to buildings which are usually closed to the public and the Rowett is one of a number of facilities at the University taking part.

Director of the Rowett Institute Professor Jules Griffin explains: “Doors Open Day provides the public with a great opportunity to explore buildings which are usually closed for general access, and I would like to warmly welcome all to come and see for themselves the ground-breaking research which is being done here.

“Join us as we celebrate the landmark studies of diet and health which have been led by the Rowett Institute for a century all while taking in our outstanding facilities.

“As the cost of living rises and we recover from a global pandemic, food and nutrition is at the forefront of everyone’s minds and I look forward to showing our communities how we will take forward research on how to achieve a healthy and sustainable diet as well as how to improve the health benefits of the food products we produce.”

The work of the Rowett however started earlier than that – first looking at animal nutrition - and in 2013 the Institute’s centenary was marked.

Professor Griffin added: “The founding principle of the Rowett still holds much relevance today but needs to be balanced against a growing obesity and diabetes health crisis as well as food insecurity in many parts of the world.

“We are incredibly proud that the efforts of the dedicated Rowett scientists have contributed to many changes in policy over the years such as the work of Boyd Orr which led to free milk for children in schools. It is an exciting time for food science, and we look forward to playing our part in addressing some of the greatest challenges of today.”

Since 2016 the Rowett Institute has been housed within a purpose-built building on the Foresterhill health campus allowing researchers to work alongside clinicians at Aberdeen Royal Infirmary and experts within the University’s medical school. The facility, which has received significant investment from the Scottish Government, has brought research and teaching together and as a result makes up the largest concentration of nutritionists in the UK.

The University buildings and facilities taking part in Doors Open Day on Saturday, 10 September include:

More information about the Doors Open Day events can be found here.