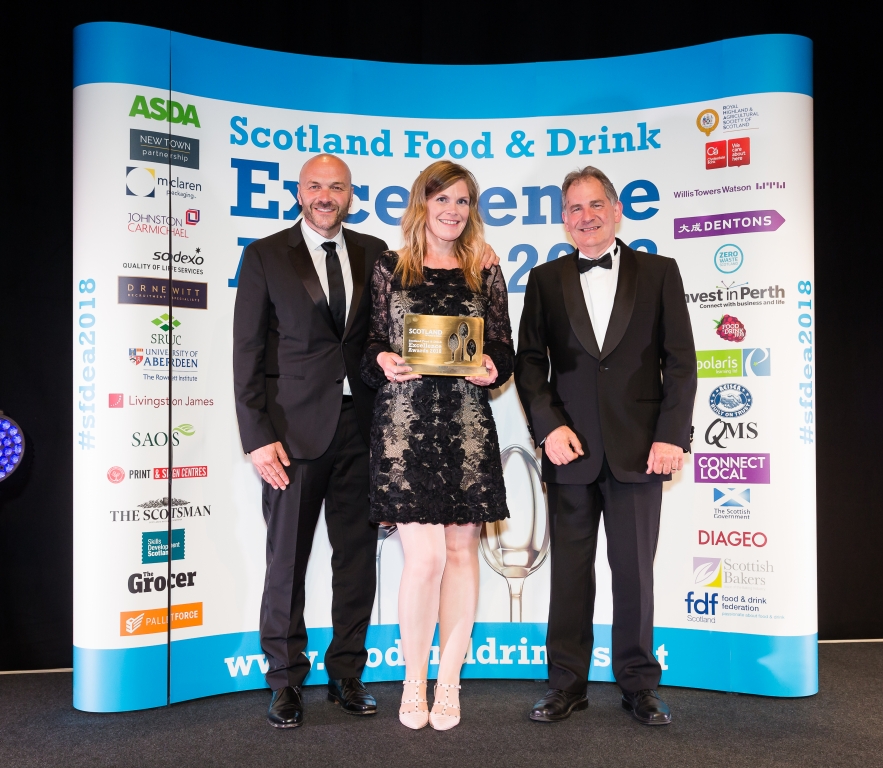 The Scotland Food and Drink Excellence Awards were held on Thursday 7th June at Edinburgh’s International Conference Centre.  Recognised by both trade and consumers as an accolade of the highest quality, the awards highlight business excellence, innovation and best practice across the Scottish food and drink industry.

12 product-focused categories were judged by a thorough process, which included the scrutiny of packaging, quality of product and taste. In the course of their assessment of the entries, the judges sampled 197 Scottish products ranging from cheese and chocolate, to ginger beer and gin.

The Rowett Institute is proud to have sponsored the Healthy Choice Food and Drink award for another year, and congratulations to the winner 'Hungry Squirrel'. As a research Institute, we are keen to contribute to the continued development of the Scottish Food and Drink industry, and it is always a pleasure to be involved with Scotland Food and Drink, which does so much to promote the industry." Professor Peter Morgan, director of the Rowett Institute

The Rowett Institute sponsored the Healthy Choice award, which celebrates companies and products whose very ethos has healthy eating at heart. Institute director Professor Peter Morgan presented the 2018 Healthy Choice award to Hungry Squirrel; whose ABC nut butter beat the other 9 competitors to the top spot.