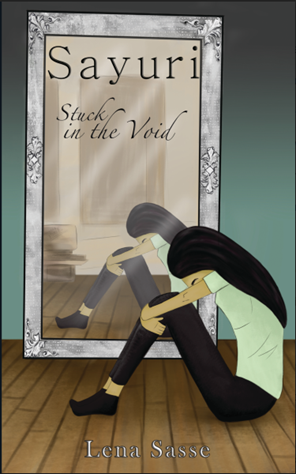 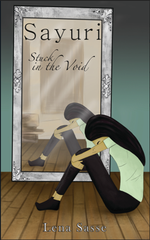 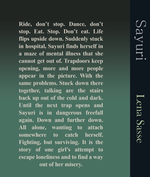 Writing a novel is, admittedly, not really what we are striving for in a career in Psychology. There’s no research involved, no conclusions to be drawn, no APA references to be listed. And yet, I have recently had my first novel published. Granted, I started writing this book when I was 16 years old, and back then I did not have a clue about how important APA style would become in my life – nor did I know that I wanted to study Psychology. I was suffering from an eating disorder and other mental health issues. Writing was just a way to record my experiences and to say what I could not otherwise express. It allowed me to create a world where I had control over the characters and what was happening to them. Now, here we are, 6 years later - it’s been a long process.

The novel I wrote is called “Sayuri – Stuck in the Void” and tells the story of the main character, Sayuri, who is suffering from Anorexia Nervosa. In the beginning she is very isolated, and nobody knows about her struggles. She is good at painting a functioning picture of herself to the outside world, even when she feels like she is dying inside. A little further into the story, Sayuri meets other girls with similar problems and becomes more open about what is going on inside of her. However, “recovery” – as it might be termed – does not bring to her what people have promised. Even though she becomes healthier physically, her mental health continues to deteriorate. The character’s thoughts and feelings are very extreme a lot of the time. She continually tries to escape this huge void that she feels her mind is pulling her into. Throughout this whole process, one friend who is a little bit older than Sayuri and whom she sees as a big sister becomes particularly important to her. With her help and through therapy and hospitalization, Sayuri discovers that part of the struggles she is facing stem from a deep longing for care, which she never received as a child because her mother abandoned her. Shrinking the void is a tricky process and Sayuri has to face many emotional backlashes on the way.

If this has made you keen to find out more, the book can be purchased as a paperback copy or ebook at: austinmacauley.com/book/sayuri or on Amazon: amazon.co.uk/Sayuri-Stuck-Void-Lena-Sasse/dp/1528915038/ref=sr_1_2? Please also consider following me on Instagram: instagram.com/lena_sasse_author/ and liking my page on Facebook: facebook.com/LenaSasseAuthor/

Lena is an MRes student in the School of Psychology.