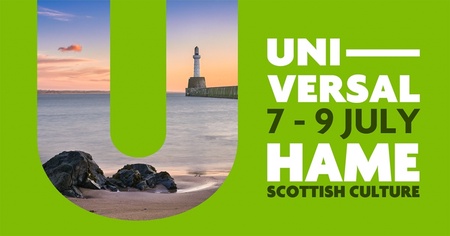 A new festival which will shine a light on the story of north-east Scotland launches today (Monday June 6).

Hame is the third in the UNI-Versal series of new mini festivals organised by the University of Aberdeen and will run from July 7 to July 9, with an additional fringe event on July 10.

It will celebrate the people, culture, history, heritage and diversity which gives the region its unique identity.

It will offer audiences insights into everything from the architectural secrets of Old Aberdeen to a guided ghost walk, a celebration of the best of north-east writing and an exploration of the poetry and songs which have shaped the north-east’s cultural heritage.

The Festival will include a contemporary look at one of the pivotal moment’s of Aberdeen’s past – the 1964 typhoid outbreak which saw the city locked down – through the lens of the current Covid-19 pandemic. A special film screening of Tatties and Typhoid Ham, a fusion of visual art, music, and spoken word, will bring the story to life through living contexts and lived experience.

Hame will also celebrate the north-east as ‘the ballad capital of the world’ with sessions exploring the living song tradition of the bothy ballad which stretches back centuries to the simple farm cottage and has been continually repurposed for folk bands and even the dance floors of today.

The modern face of culture in the north-east will be showcased through the Polish-Scottish Song Group, Indian classical dancers Shashwati Vinod and Aarna Sharma, Energetic Kids, the Romanian Gypsy Music ensemble Ando Glaso and Saltfishforty.

Jenny Fernandes, Director of External Relations at the University of Aberdeen, said: “The Hame festival will deliver a new and exciting format in which to champion all that makes this part of Scotland so special, offering audiences a fascinating and grounded story of the region that touches on the important themes of identity and belonging.

“We look forward to welcoming visitors to our Old Aberdeen campus as well as to other city venues both indoor and outdoor as Hame explores the incredible cultural diversity of this area and what it means to those deeply connected to it.”

Simon Gall, Public Engagement Officer at the Elphinstone Institute, added: “Hame is a unique celebration of the creativity of the people of the North-East of Scotland. By designing the majority of the programme together with local organisations and performers, we see the festival partly as a vehicle for regional self-representation.

“As such, the content of the programme has been heavily influenced by those involved, making for a grassroots celebration of North-Eastness which showcases the many languages, traditions, stories, and practices of the region today. We hope that the festival offers audiences an interesting story of hame, one that shows reverence towards traditions old and new and venerates the people that practice them.”