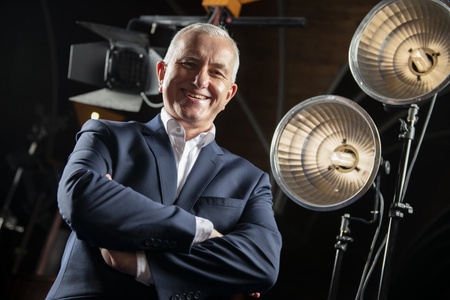 Tickets for Aberdeen's new film festival, Dark Nights, are being snapped up, with two events in the programme already sold out.

Offering a diverse mix of screenings, Q&A panels and workshops, the brand-new festival from the University of Aberdeen seeks to celebrate Scottish people and stories on the silver screen.

While places at the ‘Shaken Not Stirred – Bond: Past, Present and Future’ panel session and the workshop with Glasgow screenwriter Sergio Casci are now fully booked, there’s plenty of other activities for film fans to get their teeth into.

Scottish actor Ian McCulloch will share his thoughts in a talk at King’s College on March 5 after a special screening of the seminal 1979 horror ‘Zombie Flesh Eaters’, in which he starred and which garnered controversy during the 1980s for its gory subject matter.

Edinburgh-based author Jonathan Melville will also be present to answer audience questions after a screening of Highlander, with a focus on his epic book that covers the entire production history of the Celtic sci-fi smash-hit.

This will be followed by a presentation by Borders-born director Naomi Holwill on her new documentary that remembers the recently unearthed Black action films of the apartheid era in South Africa and reflects on what this means for aspiring South African filmmakers and fans today.

The University prides itself on providing a cultural focal point for the local community and providing a platform for bringing people together so for the first event in the new UNI-Versal series to be received with such enthusiasm is fantastic." Professor Peter Edwards, Vice-Principal of Regional Engagement and Regional Recovery

The festival will also see a screening of the internationally award-winning short film ‘The Great Conjunction’ by Czech filmmaker and University of Aberdeen alumna, Karolina Smolova. Free to attend, the short will be shown at King’s College on March 4.

For anyone keen to pit their movie trivia wits against other film buffs a film quiz, hosted by Aberdeen CineClub, will take place from 7pm on March 4.

Dark Nights is the first in a series of new festivals the University is hosting in 2022. The full programme, ‘UNI-Versal’, will see a raft of events focused on new ideas, Scottish heritage, culture and music take place throughout the year. Open to all, the festivals are part of the University’s commitment to supporting the city region’s recovery from Covid-19.

Professor Peter Edwards, Vice-Principal of Regional Engagement and Regional Recovery, said: “We’re pleased the Dark Nights film festival has been so readily embraced by people across the North-east.

“The University prides itself on providing a cultural focal point for the local community and providing a platform for bringing people together so for the first event in the new UNI-Versal series to be received with such enthusiasm is fantastic. There’s lots to see in the programme and we look forward to welcoming audiences from across the Aberdeen area and beyond.”

Details of the UNI-Versal series and the Dark Nights film festival programme can be found on the University website. Booking is required for both free and paid-for events.