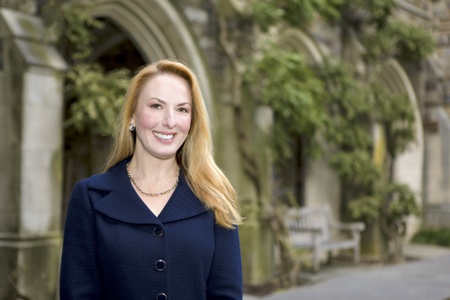 'You Have to be Brilliant to do That!' Cultures of Genius and Academic Gender Gaps

Many academic fields have persistent gender gaps despite attempts to encourage women’s participation. While this is often characterized as a problem faced by science, technology, engineering, and math (STEM) fields, some humanities disciplines such as philosophy face precisely the same challenges, while some STEM disciplines such as molecular biology are far more gender-balanced. Are there any isolable factors that predict the occurrence of gender gaps across the entire academic spectrum?

This talk presents data suggesting that one such factor may be academics' beliefs about what is required for success in their discipline. In some fields, success is viewed primarily as a matter of hard work and dedication -- but in others, success is seen as requiring a special, unteachable spark of brilliance. Cultural stereotypes strongly associate this sort of raw genius with men rather than women -- where are the female Sherlock Holmes, Dr. Houses, or Will Huntings? -- meaning that women may be discouraged from pursuing careers in such fields. These findings point to new strategies for increasing women’s participation in STEM, and indicate concrete measures that might be implemented in classrooms and beyond to better include and encourage women students.

Much of her academic work focuses on how we categorize and generalize information about the world around us.  As part of this work, she examines how the language young children hear shapes their perception of social groups, and how this relates to stereotyping and prejudice.

Most recently, she has examined gender gaps in educational and career choices, and her work on the topic was named as one of 2015’s most interesting scientific findings by Edge.  Leslie is the recipient of multiple grants, including from the National Science Foundation and the National Institutes of Health.  She has delivered a variety of prestigious lectures, including the Gareth Evans Memorial Lecture at Oxford University and a keynote address at the Royal Society, and is the recipient of the Stanton Prize from the Society for Philosophy and Psychology, as well as a 250th Anniversary Fellow of Rutgers University.  Her work has been covered extensively in the media, including by The New York Times, The Washington Post, and The Wall Street Journal. She has appeared on NBC, NPR, WHYY, CBC Radio, and Science Friday.

There will be a drinks reception to follow in James MacKay Hall.

Support for this event was provided by a grant from Carnegie Corporation of New York.