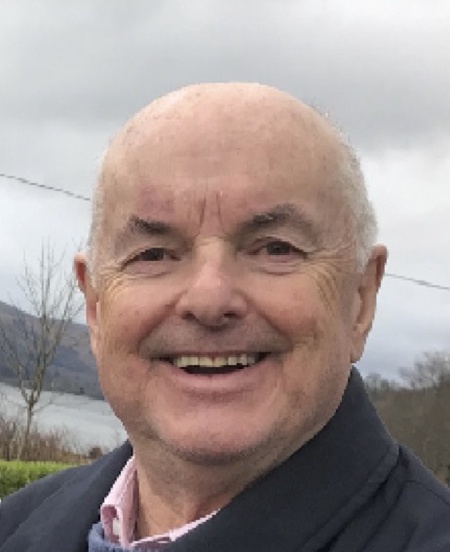 With deep sadness the School of Education announces the death of Emeritus Professor Martyn Rouse.

At Aberdeen, Martyn was Director of the Inclusive Practice Project, a highly-regarded project funded by the Scottish Government to develop a new approach to teacher education to ensure that all teachers have a greater awareness and understanding of the educational and social issues that can affect children’s learning, and develop strategies they can use to support and deal with such difficulties. The innovative approach to initial teacher education that was developed under his leadership at Aberdeen put inclusive principles and practices at the heart of teacher education and professional development that continue to this day. The Inclusive Practice Project has left a lasting legacy, shaping major changes in initial and continuing teacher education programmes not only at Aberdeen but across Scotland and internationally.

During his years at Aberdeen and after his retirement in 2011, Martyn chaired several national education committees and was a founding member of the Scottish Teachers Education Committee’s Inclusion Group, now the Scottish Universities Inclusion Group, which was instrumental in the production of Scotland’s National Framework for Inclusion. In 2015, in recognition of his outstanding service to and achievements in education, Martyn was awarded the Scottish Qualifications Authority Fellowship, the SQA’s highest accolade.

Martyn was a brilliant teacher, supervisor and mentor. His lectures were intellectually demanding and entertaining. He brought life and humour to his teaching, whilst also being a careful listener, actively encouraging students to think and follow their ideas through for themselves. As a supervisor Martyn was generous with his time, patient and supportive. He encouraged his students with wisdom and kindness. He helped to launch the academic careers of PhD students who are now leading researchers and teacher educators making significant contributions of their own. Martyn also respected and supported students who struggled with some of the rigours of academic work, building their confidence by believing in their capacity to learn and contribute to the field.

Alongside his professorial activities, Martyn undertook research and development work for international organisations including Unicef, OECD, the European Agency for Special Needs and Inclusive Education, and Open Society Foundations. His contributions to educational development and inclusion in many countries, particularly in Central Asia, Eastern Europe and the Balkans, were deeply appreciated by colleagues in the region, and he continued this work in retirement by serving as Special Needs Advisor to the Christine Witcutt Memorial Fund Edinburgh Committee.

To know Martyn was to smile when you thought of him. He was devoted to his family: his wife, Lani Florian; his son Samuel Rouse and partner Ann Mundroina; his daughter Heloise MacAndrew and husband Michael; his grandchildren Joshua, Theodore and Esmee MacAndrew; his brother Robert and wife Uschi, nephew Alex and niece Carina Rouse. He loved people, fine wine, food, music and sports. His reputation for finding the best cafés, restaurants and food markets wherever he was in the world was legendary. He was fun, generous, sociable and warm. He will be greatly missed.