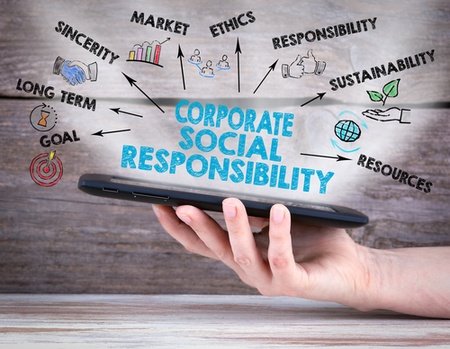 The Guardian’s recent article titled, ‘Revealed: Spice Girls T-shirts made in factory paying staff 35p an hour’, once again reminds us that modern slavery is ingrained in global supply chains. This time, it is celebrities who are the centre of controversy, despite the otherwise socially responsible claim that £11.60 raised from sales of the £19.40 for each T-shirt bearing the message “#IWannaBeASpiceGirl” will be donated to Comic Relief (a major UK Charity) to help “champion equality for women” campaign.

The Guardian has revealed that rather than ensuring gender justice, T-shirts bearing the message “#IWannaBeASpiceGirl” or “gender justice” were made at a factory in Bangladesh where workers (mostly women) 'earn the equivalent of 35p an hour during shifts in which they claim to be verbally abused and harassed’. The Guardian has reported that the online retailer, Represent, commissioned by the Spice Girls to make the T-shirts, should have taken responsibility for ethical sourcing from a factory in Bangladesh. At the same time, The Guardian has reported that both the Spice Girls and Comic Relief were ‘deeply shocked and concerned’ about the incident and worried about the ethical sourcing credentials of Represent.

Perhaps the lesson here is this: when people (celebrities or otherwise) seek to support the fight against modern slavery in a factory located in a developing country, they should first understand the changing social and political conditions in that country, including possible human rights issues. For instance, in Bangladesh (as also reported by The Guardian) more and more garment factories are owned and controlled by people with interests close to the authoritarian governments who do not hesitate to violate human rights in protecting their private interests.

In my research, I show that modern slavery transparency regulation on its own does not create accountability and ensure social justice. I find that continuous monitoring of corporate compliance with legislation by social activists and NGOs is necessary to reduce modern slavery in global supply chains. Investigative journalism (such as The Guardian’s article mentioned here) also plays an important role alongside social activists and NGOs to create modern slavery transparency. However, it is unfortunate that some celebrities, journalists and NGOs run in opposite directions, and directly or indirectly get involved in companies’ reputation building and ‘greenwashing’ exercises. The collaboration between celebrities and charities in particular, is one of the strategies that companies frequently use to divert attention from injustices in global supply chains for other reasons. To ensure better accountability practices, I would suggest that celebrities and charities need to be far more responsible actors and work more closely with NGOs and social activists in monitoring workplace conditions.