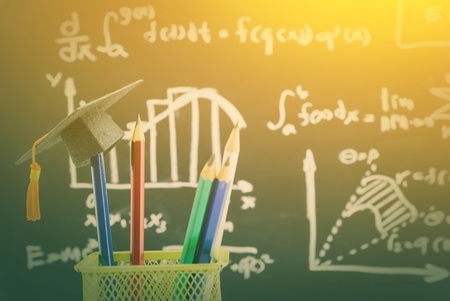 Why did you choose to study at Aberdeen?

I chose to study at the University of Aberdeen because It is a distinguished university with a long history. It is internationally recognised for its excellence in world-leading research.

What inspired you to do your PhD?

I have been working in academia since my graduation. In fact, being an academic has always been my dream job as I have an immense passion for teaching and doing research. Therefore, doing a PhD seemed an indispensable step to follow my dream and advance my career.

Can you please tell us more about your thesis topic and the reasoning you choose your specific area of research?

My area of research is critical accounting. I firmly believe in equality and social justice and to have a platform in which I can tell the story of some marginalised and less powerful groups around the world is something I really treasure.

In my thesis, I cover four interrelated essays of a broader study that provides critical perspectives on corporate accountability in relation to modern slavery within the global supply chain. Specifically, it questions whether modern slavery disclosure regulations and other neoliberal accountability tools (e.g., CSR initiatives, disclosures and social audits) are making a difference on the ground or are just a form of hegemonic/Orientalist discourse that aims to keep the status quo. By embracing a critical theoretical approach and varied forms of linguistic analysis, I endeavour to answer this question through four interrelated essays that use varied forms of secondary as well as primary data (semi-structured interviews). The key focus of the study is clothing and cotton retailers based in the UK and other core nations that source products from suppliers based in Egypt and other peripheral nations.

The second essay adopts the notion of hegemony under WST to conduct a critical metaphor analysis (CMA) of modern slavery disclosures by core-country based retailers sourcing Egyptian cotton products. It also highlights counter-metaphors mobilised by SMOs such as workers’ rights organisations to challenge corporate hegemony. The second part of the thesis reviews 289 documents including modern slavery and supply chain transparency statements, disclosure documents on sourcing factories lists, parliamentary publications, activists’ reports, news articles and other corporate documents such as CSR reports and annual reports. It found that metaphoric language used in the corporate reports on modern slavery is hegemonic. In this way, corporate modern slavery disclosure resembles public relations narratives that emphasise the heroic role of global cotton retailers for simply doing their due diligence excluding other categories of meaning. Also, metaphoric language is used to conceptualise modern slavery, while its remedies indicate reactionary rather than preventive measures, ignoring the structural reasons behind modern slavery. As a form of resistance, activists’ groups mobilised counter-metaphors that stress the structural reasons behind modern slavery and the need for systemic change. This part of the study contributes to accounting literature into metaphoric language as a critical way of thinking about corporate behaviour within the global supply chain as well as counter-accounting research.

Both the third and the fourth essays pay particular attention to the Covid-19 pandemic and its impact on corporate accountability in relation to modern slavery related issues within the global supply chain. The third essay investigates the rhetoric used by global clothing retailers and counter-rhetoric deployed by workers’ rights activists in relation to workers’ rights during the first seven months of 2020. It looks at publicly available reports (108 documents including corporate statements, NGO articles and reports, and Covid-19 guidance reports) from 1 January to 31 July 2020 – largely focusing on the responsibility of global retailers (mostly based in the UK, the USA, Australia, Canada and EU countries) in relation to workers’ rights within their supply chains in periphery nations such as Bangladesh, China, India, Myanmar and Indonesia. While retailers have used rhetorical strategies to conceal or silence injustices to workers in the supply chain, NGOs have used counter-rhetoric to reveal structural injustice and systemic inequalities that have left workers without social protection. This essay evidences how a lack of transparency by retailers and irresponsible disengagement from global supply chains were prevalent during the early months of the pandemic. It also makes a case that neoliberal corporate transparency policies such as social disclosure and social audits have been ineffective, or even inactive, at a time when workers in global trade have suffered much.

The fourth and final essay exposes how Orientalist discourse of accountability perpetuates the vulnerability of different social actors within the cotton supply chain in Egypt during the pandemic. It draws on Said’s Orientalism (Said, 1978) to conduct a CDA of both archival and semi-structured interview data. I conducted 14 interviews with different social actors including farmers, suppliers and representatives from development agencies within the cotton supply chain in Egypt. I also conducted 13 interviews with global NGOs and workers’ rights activists based in core countries including the UK, the USA, EU, Switzerland and Australia. The interviews were undertaken over a nine‐month period from May 2020 to January 2021.The essay contributes to the accountability and counter-accounting literature by showing that during crises like the Covid-19 pandemic neoliberal accountability and transparency tools were left behind solely for the sake of economic considerations, leaving the most vulnerable to pay the price.

The overarching contribution of the thesis is to provide new insights into corporate accountability and modern slavery in the global supply chain and adds to the critical accounting literature. It focuses on the clothing and cotton sector, reflecting on a local context (being Egypt) as well as the wider global context. By using varied critical theoretical lenses, varied data sources and varied forms of linguistic analysis, it exposed the hegemonic power structures and dominant exploitive discourses. The thesis uses a macro-level framework such as WST (Wallerstein, 1987, 2016) and postcolonial theory (Said, 1978) to problematise how core nations and their corporations, through the discourse of ethical sourcing and evolving modern slavery disclosure regulations, are maintaining and legitimising ‘global order’ in the global supply chain. It contributes to the literature by providing original insights into how a world system, dominated by the discourses of neoliberalism and Orientalism, is constructed in a way that serves the vested interests of the most powerful at the expense of the most vulnerable. The situation has been worsened during the Covid-19 pandemic that made obvious the fallacy of corporate neoliberal accountability tools and the colossal scale of the power imbalance within the global supply chain. This thesis argues that the devastating social and economic impact of Covid-19 on supply chain workers should be a catalyst for a systemic and ethical questioning of the neoliberal/Orientalist discourses of accountability. Highlighting the narratives of less powerful social groups and the counter-accounts of workers’ rights activists could be a significant step forward to challenging corporate hegemony and exposing the fallacy of some taken for granted assumptions deployed under the neoliberal ideology. It is hoped that this thesis will stimulate more critical accounting research in this crucial yet under researched area.

I was offered a lecturer position at Aberdeen Business School. In fact, I have been welcomed and supported since I joined the University of Aberdeen in September 2018. So, I am delighted and excited to start my new job and continue working in such friendly and supportive environment.

What advice would you have for other students aspiring to do their PhD?

A PhD journey is not always a smooth sail, but you will feel a great sense of satisfaction when you reach your destination. So, choose area of research that you are passionate about, believe in yourself, do your best, listen to your supervisors, and carry on no matter what. It all worth it at the end!