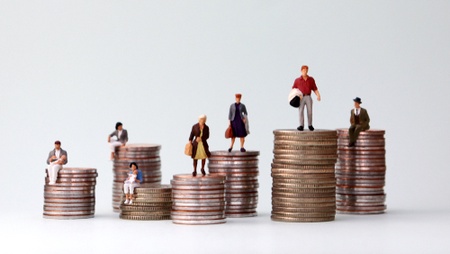 Voltaire has observed that “so long as the people do not care to exercise their freedom, those who wish to tyrannize will do so; for tyrants are active and ardent, and will devote themselves in the name of any number of gods, religious and otherwise, to put shackles upon sleeping men”.

This observation is supported by recent research by Ioannis Theodossiou and Alexandros Zangelidis who published a paper called “Inequality and Participative Democracy. A Self‐Reinforcing Mechanism” in the journal of Review of Income and Wealth. The study argues that there is a relatively recent notable increase in economic inequality accompanied by a decline in people’s engagement in politics and electoral participation. This unsatisfactory phenomenon undermines the legitimacy of democratic representation.

The paper can be found at: https://bit.ly/2K6YUSN

Alexandros joined Economics at the University of Aberdeen in 2003. His research interests are in labour economics, health economics, and applied econometrics. Alexandros has led various funded projects (Nuffield Foundation, Chief Scientist Office, Carnegie Trust for the Universities of Scotland) and participated in large EU funded projects. Alexandros is the Head of Economics discipline.