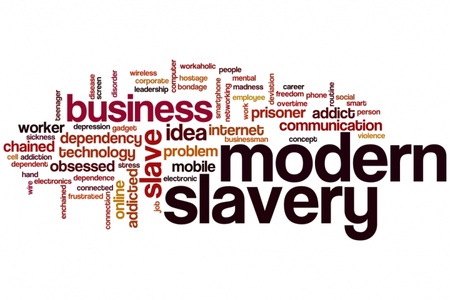 Human rights issues are gaining greater prominence alongside economic concerns for contemporary organizations, due largely to increasing public pressure and stakeholder expectations. A range of stakeholder groups, including shareholders, employees, governments or regulators, non-governmental organizations (NGOs), the media and communities, have a growing interest in organizational human rights issues. As a result of human rights and modern slavery regulations and widespread stakeholder concerns, contemporary organizations face the challenge of developing sustainable solutions to deal with the complexity of integrating financial and human rights performance. New forms of disclosure regulations are emerging in this area, such as the California Transparency in Supply Chain Act, Dodd-Frank Act’s conflict minerals rule in the US, UK Modern Slavery Act, and the Australian Modern Slavery Act (when passed).

The new wave of modern slavery disclosure regulations requires companies to disclose audits and associated monitoring mechanisms to address any concern over slavery arising from their business operations. Accounting firms engage in the process of disclosure production, and both internal and external auditing. As members of the accounting profession respond to this changing landscape, the question is posed: Do accountants have a role to play in tackling modern slavery?

Professor Islam argues that while modern slavery-related disclosure and audit is the cornerstone of corporate accountability and transparency in the era of modern slavery, along with regulators themselves, accountants face challenges coping with the regulations that surround the phenomenon. Accountants and auditors need to know that while existing legislation suggests carrying out independent third party audits, challenges may arise when aiming to tackle modern slavery.

There is debate over who might be an appropriate independent third-party to conduct modern slavery audits. In practice, NGOs, private consulting firms, and accounting firms may fill the position. Professor Islam argues, however, that none of these bodies is currently sufficiently trained to run an efficient and truly independent audit. Accountants may be able to run effective and systematic modern slavery audits if they are given intensive training on morality, ethics, and human rights (including human trafficking and slavery).

Most importantly Professor Islam sees the future of auditing ‘collaborative’. There is scope for collaborative auditing, where NGOs and accountants work together to tackle modern slavery. In responding to the changing regulatory environment, accountants in particular will need to engage in collaborative auditing with NGOs. In fact, the regulatory concern for modern slavery, along with the associated measurement and reporting complexities, has allowed accounting professionals to open their minds to the possibility that accounting has the capacity to affect real change. An important implication is that all professional accountants will be expected to look beyond the numbers, which will, in turn, enhance collaborations with members of other professions, including doctors, lawyers, human rights activists, and sociologists, to name a few.

Organizational modern slavery may not be eliminated if audits ignore the voices of the potential victims of slavery. A well-educated auditor may be able to capture workers’ voices, including the level of violence, abuse, and slavery, in his/her audit report and communicate the audit outcomes to management, employees, and the broader community—as well as the victims of slavery.

Professor Islam believes that it is important to educate our tertiary level students to be socially responsible accountants and auditors.

See the full article on this link: http://www.ifac.org/global-knowledge-gateway/audit-assurance/discussion/tackling-modern-slavery-what-role-can

M. Azizul (Aziz) Islam is Chair in Accountancy and the Director of Post Graduate Research (Accounting & Finance) at the University of Aberdeen Business School.