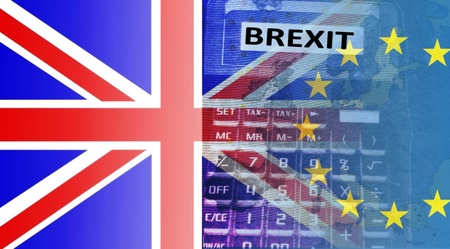 Much has been written about the negotiations between the United Kingdom government and the remaining 27 members of the European Union (EU) over the terms of the UKs withdrawal from the EU, triggered by the referendum majority to leave the EU on 23 June 2016. That result was such a shock to the then Prime Minister David Cameron that he promptly resigned, leaving it to his successor, Theresa May, to pick up the pieces after her appointment on 11 July. It quickly became apparent that David Cameron’s government, including Mrs May, had done nothing to plan for what a UK withdrawal might look like. It is hardly surprising then that the new PM took some time to provide any definition as to her vision for the shape of Brexit and how the UK might get there. A whole 6 months later she finally proffered some morsels to the hungry press, confirming in a speech that ‘Brexit must mean control of the number of people who come to Britain from Europe’, and hence Brexit would meaning leaving the single market. Further, in order to allow Britain to benefit from its exit by making lots of new trade deals with the wider world, that would also mean Britain leaving the Customs Union.

But this of course opened up a new question: how would Britain’s goods and services be sold into its biggest export market, the EU, if the UK is not a member of the single market and customs union? Surely Britain’s economic prosperity was under threat? Mrs May’s answer: a comprehensive free trade agreement would be negotiated as part of the Brexit discussions. Sounds simple? Well, unfortunately, trade agreements between countries and the EU take a notoriously long time to negotiate, the deal with Canada taking 7 years and not including services, something vital to the UK economy particularly due to the City’s leading role in financial services.

Moreover, some voices in Europe appeared to suggest that Britain should be punished for leaving as a means of stopping others thinking they could leave and retain the benefits of membership. Seeking to head this off at the pass Mrs May suggested anything less than full and free trade access between the EU and the UK would cause harm to the EU as much as the UK. Further, as a means of suggesting the UK would not simply accept any terms offered, howsoever punitive, she said ‘no deal for Britain is better than a bad deal for Britain’.

In several programmes at the University of Aberdeen Business School we teach students about negotiation strategies and tactics. Following work done by Harvard Professors Robert Fisher and William Ury who co-founded the Harvard Program on Negotiation, we emphasise the need for parties to understand their ‘best alternative to a negotiated agreement’ or ‘BATNA’. This is the fall back position if you don’t reach a deal. By understanding what the best outside alternative is to a deal, you can set your ‘reservation point’ or ‘bottom line’. Anything above that should be acceptable given it is better than the BATNA.

So this begs the question: What is the UK’s BATNA? Reference has been made to World Trade Organisation rules as ‘most favoured nation’ status. However, that would mean customs checks, tariffs and barriers that the EU currently applies to non-EU countries such as the US, with a potentially significant impact on the UK’s trade with the EU, particularly as regards the all important service sector. Many commentators regard this as a highly undesirable outcome, and many UK politicians, recognising the long term economic consequences, simply refuse to countenance a “no deal” scenario. Moreover, this BATNA is known to EU negotiators, and it would be foolish to suggest they will simply put that to one side in future Brexit negotiations. It remains to be seen of course, but in trade negotiations, rhetoric of shared values and goodwill rarely displaces economic realities.

We have already seen the so-called Brexit bill go from nothing to anything from 40 billion euros upwards simply to get the EU even to discuss the future relationship. If my guess is right, this is simply the start of the pain for the UK government in phase 2 negotiations, as it discovers that its BATNA is very weak indeed.

Dr Scott Allan is a Lecturer in Management Studies. He teaches on both postgraduate and undergraduate courses in business and management such as Business Strategy, Managing Organizations and Interpersonal Management, Negotiation and Persuasion. In addition Scott undertakes research in the field of organisation theory, with a particular emphasis on the professions and management of professional services firms.