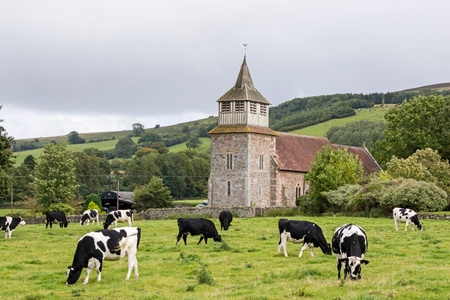 CEFAW has produced this summary briefing on the 2019–21 Agriculture Bill for parliamentarians. A PDF of the full briefing, with supporting resources, is available here.

Christian Ethics of Farmed Animal Welfare (CEFAW) is a three-year research project funded by the Arts and Humanities Research Council in partnership with major UK churches and other organizations including Compassion in World Farming. The 2019–21 Agriculture Bill is a crucial opportunity to determine the future direction of UK farmed animal welfare. This briefing summarizes relevant findings from the project and identifies areas in which we consider the Bill could usefully be amended. The two-page briefing is followed by detailed supporting material.

Why UK farmed animal welfare is a faith issue

Christianity is often considered as indifferent to or even a threat to animal welfare. This is a historical mistake because Christians led the way in advocating for the first legal protections for farmed animals in Britain in the early 19th century. Christians believe that God is the creator of all creatures, providing for them and desiring their flourishing. Jesus teaches that not a single sparrow falls apart from the Father. This divine care should be understood to apply to every farmed fish, chicken, pig, sheep, and cow. Humans are responsible to God for their care of animals and should respect them as fellow creatures of God. Farmed animals are not merely means to human ends: they should be raised in ways that enable their flourishing and give them lives worth living. Good farmers recognize that their flourishing depends on enabling the flourishing of the animals in their care.

Christians are not unique in recognizing the importance of farmed animal welfare. Other religious traditions share a recognition of the need to care for fellow creatures and secular groups have led many recent campaigns for animal protection. Christians have faith-based reasons to make common cause with all those seeking to ensure the good treatment of farmed animals.

Britain’s exit from the EU means that it has to decide whether it will maintain its current farmed animal welfare standards, make further improvements to them, or weaken them. US trade negotiators want the UK to lower its farmed animal welfare standards so the US can export animal products produced to much lower welfare standards: pigs and cows are treated with growth hormones, chickens have to be washed in chlorine or other chemicals to control bacterial infections, and human health is put at risk through the routine feeding of antibiotics to farmed animals. Without explicit provision in the Agriculture Bill to ensure that all imports meet current UK standards on food safety, animal welfare, and the environment, there is a serious risk that trade deals will undermine UK standards, and UK farmers will either be driven out of business by low-quality imports or will be forced to seek ways to lower welfare standards to compete.

The ‘public’ goods section of the Bill (Part 1, Chapter 1) provides an opportunity to provide financial rewards to farmers for improvements in animal welfare, but does not specify any detail. CEFAW project findings affirm the importance of going beyond preventing animal suffering to ensure all farmed animals have meaningful opportunities to choose positive experiences. The Bill should specify that payments to farmers ensure genuinely high levels of animal welfare by providing that payments may only be made in respect of farms that meet particular criteria.

Labelling as to farming method

Giving consumers information about how farmed animals have been treated is a crucial means of improving farmed animal welfare. EU requirements on egg-labelling has led to a significant shift away from cage eggs, but consumers are in the dark about meat, fish, and milk. The Commons EFRA Committee has twice in 2018 recommended that the Government introduce mandatory method of production labelling. The Bill only enables the Secretary of State to make labelling regulations: it should require the Secretary of State to do so.

There is a major opportunity to improve farmed animal welfare through requiring the procurement strategy of public sector bodies to ‘promote the highest standards of animal welfare’.