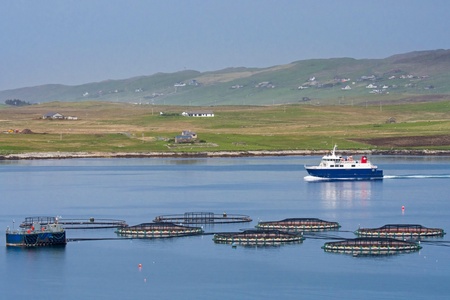 CEFAW has made a submission to a consultation by the Environment, Food and Rural Affairs Committee on the Public Sector Procurement of Food. Here's what we said:

The CEFAW report, The Christian Ethics of Farmed Animal Welfare: A Policy Framework for Churches and Christian Organizations, to be published on 18th November, 2020, argues that substantial changes are required in the consumption of animal products to reduce overall consumption and avoid sourcing products from systems where animals have poor opportunities for flourishing. This conclusion is directly relevant to Question 4 of the consultation.

On the basis of our analysis, we propose that the government’s priorities for policy on the procurement of food should:

The rationale for these priorities is three-fold. First, reducing consumption of animal products is required because the current trajectory towards a global rise in consumption of 70% between 2010 and 2050 (FAO 2013) is environmentally unsustainable as a major contributor to the climate crisis, deforestation, and biodiversity loss. Second, the flourishing of farmed animals is of independent ethical concern, and opportunities for flourishing are poor in the intensive systems of animal agriculture required to sustain production at current levels. Third, current systems of animal agriculture threaten human health through increased pandemic risks (IPBES 2020), growth in antibiotic resistance (Economou & Gousia 2015), and feedback effects from environmental impacts.

CEFAW has developed a Christian framework for considering the ethics of farmed animal welfare in partnership with national churches and other institutional partners. We recognize that a Christian analysis of these issues will not be the only perspective the government or this consultation will want to consider, but we suggest that the distinctive analysis we provide should be part of a comprehensive review of evidence.

CEFAW considers the relationship between Christian beliefs about God’s creation and care of all creatures, on the one hand, and about humanity’s God-given responsibility to care for fellow creatures, on the other. In particular, CEFAW examines the ways that consumer demand for high volumes of inexpensive animal products, financial pressures on farmers, the rise of intensive farming, and general assumptions that animals exist for human benefit both constrain possibilities for farmed animal welfare and challenge Christians to change the ways they think about human and animal thriving.

CEFAW understands farmed animal welfare to be determined by the degree to which systems of raising animals allow them to flourish. The more that farmed animals lead lives which fully participate in the capacities, characteristics, activities, social relationships, reproductive and rearing processes, and life-expectancies specific to their species, the more that animals are enabled to lead flourishing lives.

Many systems of animal agriculture currently in use in the UK and internationally provide poor opportunities for farmed animals to enjoy good lives and flourish:

A key corollary to providing good lives for farmed animals is raising and consuming fewer of them. It is not possible to make substantial improvements in farmed animal welfare at current levels of production because the changes that enable the flourishing of farmed animals will reduce productivity and increase production costs. Such a transition is economically viable for farmers on the condition that they are paid fairly for the increased production costs of moving to higher welfare systems. Such a transition is viable without substantial increases to institutional or domestic catering budgets if reduced consumption of animal products is combined with increased consumption of plant-based alternatives that cost less than animal products.

It is crucial to make a commitment to reduce consumption and improve opportunities for farmed animal flourishing a high priority for public procurement policy because farmers cannot make the changes required independently. Many farmers are working to offer good lives to the animals in their care, but current contracts do not sufficiently reward farmers and contain too few incentives to raise animals in ways that enable flourishing. Farmers need the support of policy makers, food producers, retailers, and consumers to move towards systems delivering better opportunities for farmed animal flourishing.