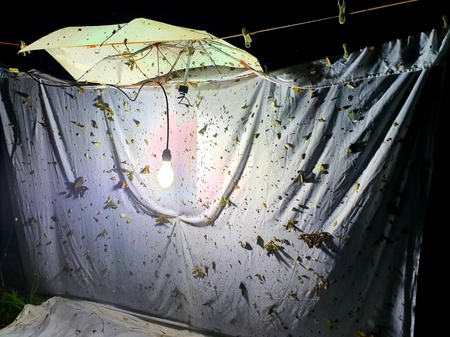 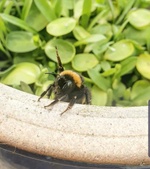 During my time as an undergraduate conservation biologist, I concluded that we all have a conservation niche. Some are mad about mammals. Others can spot and identify birds from a mile off. My niche is insects. From watching the humble bees of my back garden to enjoying the flashy, jewel beetles of Honduras, I have come to love insects in all their glory. But, when I tell people that I want to conserve insects, common reactions include disgust, confusion, or incredulous cries of “what! even wasps?”. The realisation that not many people love insects as much as I do, is sad, and presents a unique challenge.

What have insects ever done for us?

Recently, I collaborated with Dr Juliano Morimoto and Dr Craig Christie, in a campaign to prove just how awesome insects are and rebalance the negative attitudes toward insects e.g., their reputation as picnic ruining nuisances. We wrote a paper (my first!) highlighting contributions that insects have made – and continue to make – to our culture. For instance, the silkworm, which is actually a moth! The silk produced by this insect has greatly influenced the world of fabrics and fashion. Another example is the range of stories, myths, and legends which have been inspired by insects. These positive influences on culture can be considered ‘ecosystem services’ alongside other important roles that insects play, such as pollination. If we recognise and value these amazing contributions from insects, perhaps, we can finally leave the fear and disgust surrounding insects behind us.

Do insects care what people think of them?

You might be wondering, does it matter if people dislike insects, just as they might dislike other animals (e.g., herring gulls!). But it matters a lot! Reports indicate that some insects may be declining toward extinction. The very same insects that pollinate the crops that end up as food on our table and keep our soils rich in nutrients (among many other important jobs). To combat this, we need conservation. Conservation action, policy, and funding are driven by numerous factors, but motivation is especially important. Organisations like WWF centre charismatic animals such as the giant panda to harness the public’s attention and cash. But where might this leave the lesser-loved insects?

This is a question that I have spent a lot of time turning over. How does the disregard for many insects affect the decisions made in the conservation arena? Now, I am in the fortunate position to have a generous opportunity at the University of Oxford to uncover the answer to that question. I want to determine if insects are as well protected as other animals by conservation legislation. And if not? Then I hope to find new ways to conserve our invaluable insects and maybe gain some new members of the insect fan club along the way…

Image 1: Busy night at the light trap, in Cusuco, Honduras

Image 2: A jewel scarab beetle, so beautiful that they are often used for jewellery!

Image 3: Orange tip butterfly, a frequent visitor to my garden

Image 4: Bumblebee ‘waving’ to the camera. Who says insects can’t be cute?!