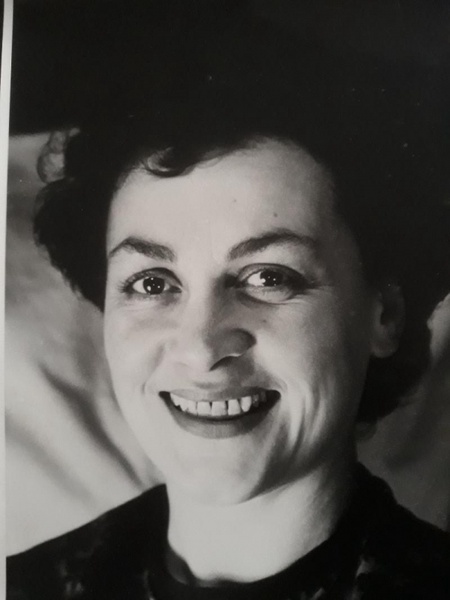 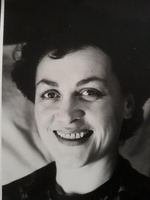 Fraser had a remarkable career. She grew up in a small village in the Highlands, in a time when it was far less common for women to go to university. Her local minister and headteacher recognised her potential and convinced her to apply for bursary funding which enabled her to go on to university, the first in her family to do so.

She started her undergraduate studies at the University of Glasgow, but transferred to Aberdeen in 1938 in part because she preferred the sense of community here at Aberdeen. She originally planned to study languages and in her first year read Latin and French, but also took psychology, after going to a lecture by Prof. Rex Knight. This lecture focused on the practical applications of psychology – for education, industry and mental health – which inspired her interest in our discipline.

She graduated in 1941 with an ordinary MA (there was no Honours degree in psychology at Aberdeen at the time) and then completed a postgraduate Bachelor of Education (EdB) with first class honours in 1943, also at Aberdeen. The EdB was jointly taught by the Education and Psychology departments. Similar in aim to our current Master in Psychological Studies, it was a conversion degree for people in other disciplines who wanted to study psychology. Fraser was herself of the view that some of the best students of psychology were those who initially planned to study some other subject. She was one of only two graduates in the programme, due the wartime conditions.

Fraser’s studies occurred during the Second World War and she took her turn on fire watching duties with the other undergraduates. Her role involved climbing up the steep stairs (without handrails!) to the top of the King’s College Chapel to watch out for incendiary bombs. It’s hard to imagine a more troubled period for the university, even in these current difficult times.

Under the wartime direction of labour, Fraser secured a post as a scientific officer with the Air Ministry in London. Her task was to help develop valid tests for the selection of pilots. As part of her duties, she was seconded to the Empire Central Flying School in Wiltshire, to experience testing in the air. She even learnt how to fly a Tiger Moth – although as a civilian, she was not allowed to land the plane. At the Ministry, Fraser worked under the direction of C. Rodger Myers, a Canadian psychologist from the University of Toronto and a founding member of the Canadian Psychological Society who had come to Britain to help the war effort4... In a letter home, Myers describes Fraser as “a little Scottish girl” (his language clearly reflects a different era) and, perhaps more importantly, as “a smart statistician”.

Fraser was on the staff during the 1944 Flying bomb campaign. These ‘doodlebugs’ sounded like motorcycles, which also went by the office frequently. It was inefficient to stop work each time a motorcycle went by, so one of Fraser’s jobs was go to the window when they heard a potential bomb approaching. Although she had “a perfect batting average”, unfortunately, it was the wrong way around, as she kept picking the wrong category.

Fraser’s research was crucial to the war effort: at that point, 80% of pilots trained in the UK failed operational training after they were sent abroad. In wartime, with travel across the Atlantic being heavily restricted, this failure rate was a disastrous waste of resources: pilots who failed their training were often left stranded overseas. It’s perhaps not surprising that the failure rates were so high: interview boards chose pilots based on their own personal criteria, including using their pet dog as a judge of character! The team of psychologists initially faced resistance in their attempts to introduce rigorous, evidence-based choices, but were ultimately successful in shaping the military approach. The importance of using evidence to guide decision-making stayed with Fraser throughout her career.

The importance of statistics for solving real-world problems

Following her wartime work, she spent 18 months with Cornwall County Council, devising a system for selecting children for secondary school. This work led to her obtaining a research fellowship in Social Psychology at Aberdeen in 1948 (after turning down a junior lectureship at the University of St Andrews). At that point, she was the only research student in the department. She was appointed as a Lecturer in Psychology in 1950, one of half a dozen members of staff. In 1955, Fraser completed her PhD, on the Home Environment and the School, which was later published. In 1958, she was awarded a prestigious Helen Putnam Fellowship at Radcliffe College (the female equivalent to Harvard University), for her ‘advanced study on normal and abnormal perception. After Fraser’s research sabbatical, she bought a car, and completed a road trip with friends through 50s America. Her nephew remembers her bringing him back a baseball – what a prize for a Scottish lad in the 50s.

Fraser taught introductory statistics, which was her passion. Anyone who has taught statistics can confirm that it is not an easy task, but she loved numbers and relished teaching this subject, which is still disliked by many students. Fraser published guidelines on how to encourage students in their statistics learning and her main task in the department was to make practical work an essential component of the first year course. She was known as an innovative teacher, and her former students speak of her warmly. One student described her as “a brilliant mathematician and statistical psychologist. She had a special gift for recognising patterns. One could give her a huge spread sheet full of figures and within seconds she would say – ‘Have a look at column 3 – something is wrong there.’ She had a model of how the data should look, could spot minute deviations instantly and insisted that they be put right.” Fraser also taught on more controversial subjects, including giving a lecture to the University of Aberdeen Students’ Representative Council in the 70s on the impact of taking LSD and mescaline on perception. Aberdeen City Police were also invited, so it would have been an interesting night!

Fraser’s career in the University

In 1963, her colleague and mentor Rex Knight died, which ultimately saw Fraser become a professor and Head of the Psychology Department. She wrote a touching obituary for Knight. Indeed, the 50s and 60s would have been exciting decades to be working or studying at the University. At that point, there was a communal staff room in King’s College to allow socialising across departments. One of Fraser’s great friends, Dr Doreen Milne, worked in the History Department, and later featured Fraser in an article for the Aberdeen University Review, as part of a series of biographies of illustrious Scottish women in history. Under Fraser’s leadership, the Department of Psychology quadrupled in size. At that point, Aberdeen was said to have the largest psychology department outside London.

Fraser was also the first woman on the University Senate, serving as Dean of Arts and Social Science from 1976–79, before being elected Assessor to the University Court. These promotions left her little time for her own research, but she brought her passion for evidence-based decision-making to help guide the University through major institutional changes in the 60s and 70s. Fraser took early retirement in the 1980s in order to help her colleagues during a period of retrenchment. During her retirement, she chaired the Board of Governors at Albyn School for Girls. Fraser was a Professor Emeritus of the University until her death in 1995.

My research into Fraser’s career was helped by numerous individuals in the extended Aberdeen community. Thanks are especially due to Susan McCourt and her colleagues in the University Library and Special Collections, Alan Fraser (Aberdeen alumnus and Betty’s nephew), Mairi Strachan (Betty’s niece), Jan Deręgowski (former Head of Department and Professor Emeritus in Psychology), Graham Davies (former Senior Lecturer in the School of Psychology), Marie Johnston (Professor Emeritus in Health Psychology), Veera Lampinen (current undergraduate student in the School of Psychology), and the Betty Fraser email appreciation list, especially Joost Rommers (School of Psychology) for help in finding information, sharing memories of Betty and/or reading previous drafts. Any remaining mistakes are mine alone.

4.   Krogh, K. M. & Myers, D. The Professor and The Pilots: Letters Home from Wartime London by a Canadian Psychologist. (FriesenPress, 2018).